Latest documents we received showed how Oakington Immigration Detention Center in UK has become the most dreaded, dangerous and notorious torture chamber where citizens of Commonwealth nations either resident in UK, on visitation or had their appeals pending before the British Magistrate Courts are being clamped, humiliated, punished, detained and abused.

According to this shocking evidence in our hands, Victor Ewroh, a Nigerian, whose date of birth is 20-08-1978 who had traveled to UK in search of greener pastures in the earlier days of January 2008, was accosted, picked up by fierce-looking UK Border Agency on claims that he had overstayed his visa (whereas all his visa status proved contrary). He was slapped severally, handcuffed and driven straight into Oakington- a detention center he was put amidst hardened criminals and terrorists, where he was beaten.

Ewroh stated: ‘I was Physically Tortured for 150 Days, Dehumanized, Transferred to Scotland Dungavel Center. Before been transferred, I was denied food for those numbers of days, stripped naked, humiliated for no-just cause, simply because I am a Nigerian looking good on British soil. This incident happened when I came out of a movie theater. This has left a huge scar on my back and forever. I would never ever forget how wicked and inhuman these UK Border Agency can be. Oakington case team set me up because of their plans to cover their Satanic agenda against Commonwealth citizens in UK. It was an act of injustice against Commonwealth citizens. I would never forget 02/07/2008 when all these torment on me began in Oakington.”

For Damilola Dada Daniel, a Nigerian born 12-08-1971 the sad story was indifferent. He stated that he arrived Britain mid 2000, he had all his papers regularized and kept a quiet lifestyle. Due to his great accomplishment in his chosen career, his racist neighbours who were predominantly White-British had to call the UK Border Agency to report him on crimes he knew nothing about, strictly due to envy. His words: “The door of my house was busted. I was picked up in my house by six hefty armed UK Border Agency without any warrant of arrest, handcuffed. I asked them to allow me to call my lawyer, all my pleas fell on their deaf ears. I was not allowed to pick any of my property, but was driven straight into Oakington where I was excessively tortured severally until I began to have High Blood Pressure. I was detained for 38days and tortured at will. When a doctor in Oakington checked my blood pressure on 27/07/2008, he said I had 153/100 that I was supposed to be dead, yet no remedy was given to my health.”
‘I lost my Right Eye to Excessive Torture, Swollen Face, suffered Excessive High Temperature and Migraine’-Allis Marvellous Onyekachukwu-26
year old Nigerian

Allis Marvellous Onyekachukwu, a Nigerian born 01/01/1989 detained for 240 days in Oakington remains a sad man after what he went through in the wicked hands of UK Border Agency. He had visited UK late 2006 with a valid multiple entry visa and had no issues. Not until two years after that he was arrested by angry-looking UK Border Agency who are fond of parading the Commonwealth citizens’ neighbourhood. When he asked them what was his crime, he was told he would know it when he arrives their base. They lied. They never told him his crime, even after he was tortured, stripped naked, made to sleep on bare floor in Oakington. He stated: “I would not wish my enemies to be victims of UK Border Agency. They are haters, racists, who enjoys seen Africans suffer for crimes they know nothing about. If you are prospering in UK and you live in the neighbourhood of White-British people, soon or later they will set you up and invite UK Border Agency to arrest because they are eying your properties which they don’t have. I was tortured for 240 days for crimes I never committed. I shouted and begged, no help came. I lost my right eye to excessive torture in Oakington. A wrong dialysis was done on me by a doctor in Oakington on 17/07/2008, and I noticed that my infected eye was bringing out bad odour, swollen, which led to my migraine and high blood pressure.”
‘I suffered Excessive Torture, Physical Abuse, Spinal Injury breakdown, Head/Shoulder Injury, Attacked with weapon’-Penda Evaritus Youdjeu’-36 year old Cameroonian
Penda Evaritus Youdjeu, a 36 year old Cameroonian lament her experience: “Truth is, blacks, Africans and Commonwealth citizens are deeply hated by UK Border Agency. I was a hair stylist who lived legally in UK from 1999 until 2008 when I was arrested in my shop and taken into detention in Oakington by UK Border Agency. It was worse off because I was never told my offense. I saw hell. I was tortured excessively, physically abused which led my spinal injury, shoulder injury, been that I was attacked by a sharp weapon when transferred to Colnbrook Removal Center. The attack was carried out against me by their personnel and security guard for just being an African in UK. That resulted in excessive wound all over my body. A doctor over there advised me to report the matter to the police, but I was confronted by their personnel that if I followed that path, I would be wasted here, so I kept quiet.” 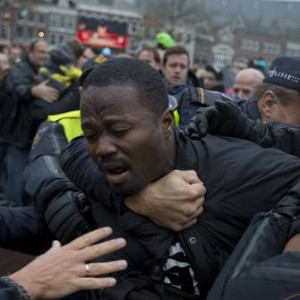 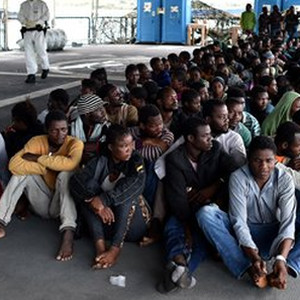 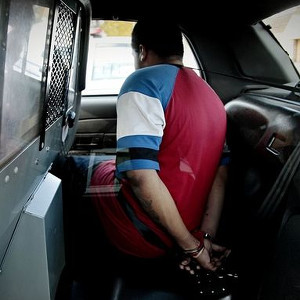 There is an arrogant woman called Duty HEO Miss Helen, a bully, racist who gives order to her personnel in Oakington to always beat, abuse, torture, strip-naked and wound any African brought into that detention center. She is a sadist, terrorist, kill-joy, who has proven repeatedly non-compliance to ethics and practice of Immigration work that she is hired to do been a pessimist. All Commonwealth citizens detained in Oakington believed Miss Helen has no respect or dignity for human life, if you are black or come from outside UK.

In view of her ego, racist, terrorism vice and traitor attitude, she was taken up by Professor Alexia Thomas, Chairman, Independent Diplomat Commission, IDC, precisely in the month of May 2008(documents included), where she was reminded that it was over 96 hours that Nigerian Government had requested for the release of four Nigerian nationals in the custody of Border and Immigration Agency, she threw caution to the wind when she disrespected Nigeria’s sovereignty by calling IDC office on May 13, 2008 and said Nigerian Government had no authority over her jurisdiction.

Alexia explained in her archival, evidential letter: “When made to realize that respect should be given to enable citizens from both countries enjoyed diplomatic ties, she flared up, ignored professionalism and imbibed passion motivated by her unjust greed to humiliate the Nigerian captives. She deceived detained Nigerians by assuring them they would be released and set free. Immediately after, she orders her security guards in Oakington to inform the captives that they should park their properties to be taken to Nigerian High Commission. She lures those Nigerians out of detention and instruct them locked up in cellar-Underground cells.
#These are stories that had been hidden and the British Government would not want the world to know. We shall continually serialize these stories with some other fresh documents to show the world how UDHR laws were violated and Commonwealth citizens are made to suffer on British soil.

On Sugabelly and Nigeria

House of Reps never apologised to Buhari over invitation – Spokesman