Senior Special Assistant to President Muhammadu Buhari on Media and Publicity,  Mallam Garba Shehu has said that anyone who is linking the President to the dog naming saga is only displaying his/her ignorance about the President.

Garba Shehu took to his twitter account to say this after rumors started going around that the arrest of one Joe Chinakwe who named his dog Buhari was linked to the President.

The man has been released after fulfilling his bail conditions, but was given a hard time by police over the incident as they claimed he was inciting a potential religious war in the area.

Garba Shehu tweeted, ‘People should listen to the real story behind this dog incident and  not to waste precious time seeking the hand of the President in a laughable incident!’

He also tweeted that the President has a sense of humor and liked cartoons and usually shared them especially those that feature him.

He said that once Buhari picked up a paper he usually goes to the cartoon page and has a good laugh at what is on offer there.

He tweeted that the rumors were cheap and sensational and that it is laughable to say Buhari can order a police action against a caricature. 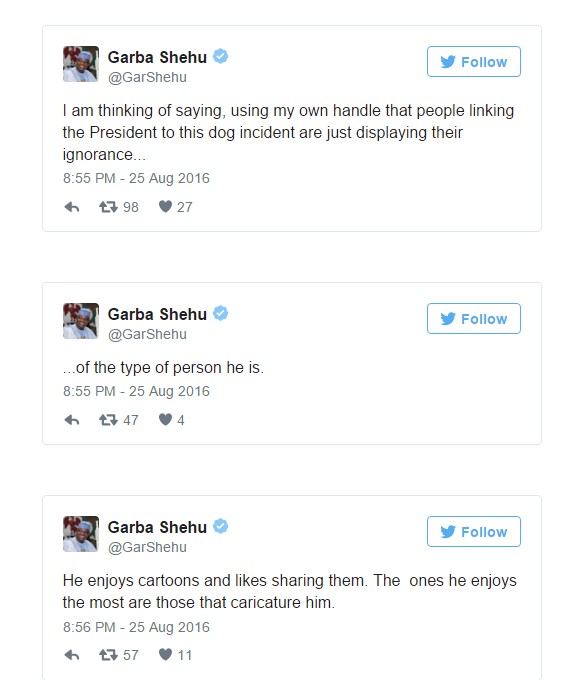 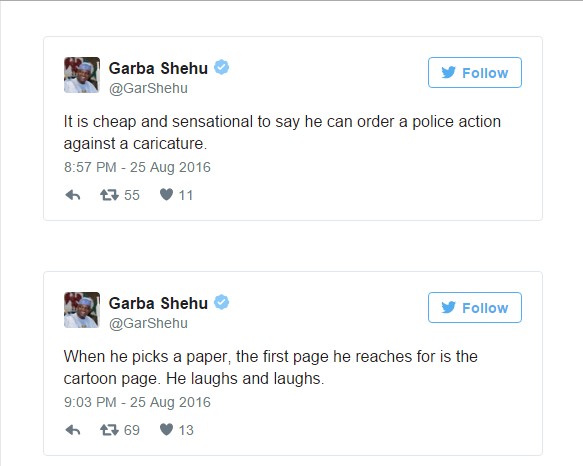 ‘Buhari Is A Failure’ : Group Calls For Buhari’s Resignation