A Bugatti Veyron is one of the most exotic cars in the world. Said to cost around $1.7m, it’s expected that only the richest of the rich will own one. According to the Facebook user.

Automobiles Ettore Bugatti was a French car manufacturer of high-performance automobiles, founded in 1909 in the then-German city of Mosheim, Alsace by the Italian-born industrial designer Ettore Bug. The cars were known for their design beauty and for their many race victories.

Bugatti set the benchmark even higher with the plan of turning the supercar into a luxury road car suitable for everyday use. The development of the Veyron was one of the greatest technological challenges ever known in the automotive industry.

But what happens when one is spotted on the streets of Lagos?

According to a Facebook user, Damola, that’s exactly what happened and he claimed he saw a Bugatti Veyron car in Lagos today. He wrote…

In his Facebook post, he wrote; “As seen in Lagos 30 mins ago..for those that don’t know. This is Veyron

“Some years ago it was one of the most expensive not to mention fastest road-going sports cars in the world. ko ni daa fun recession.

See the photos below, 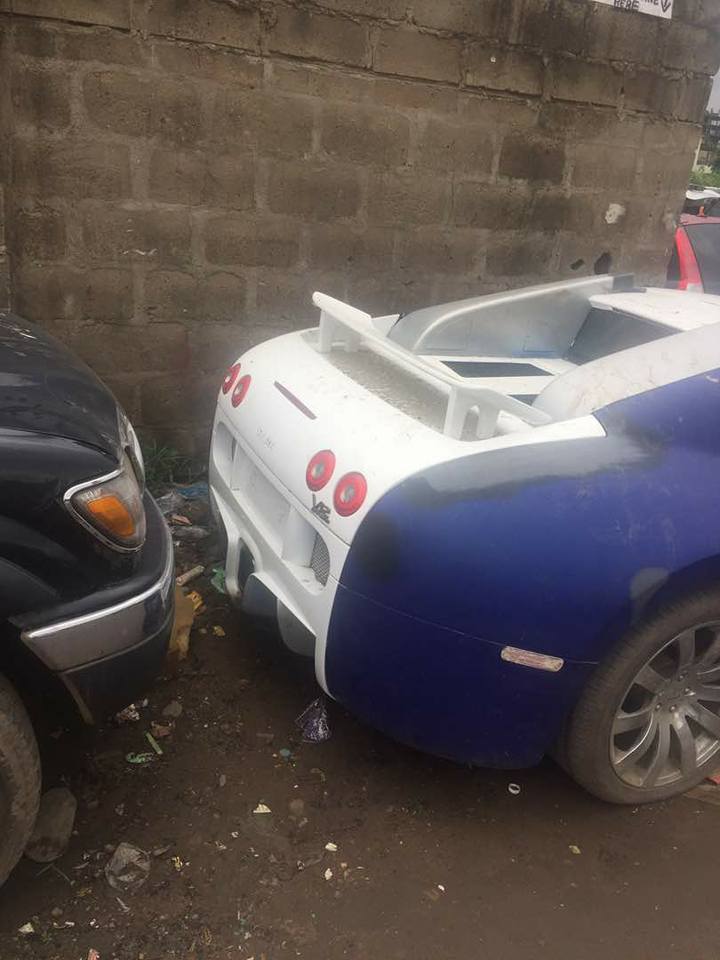 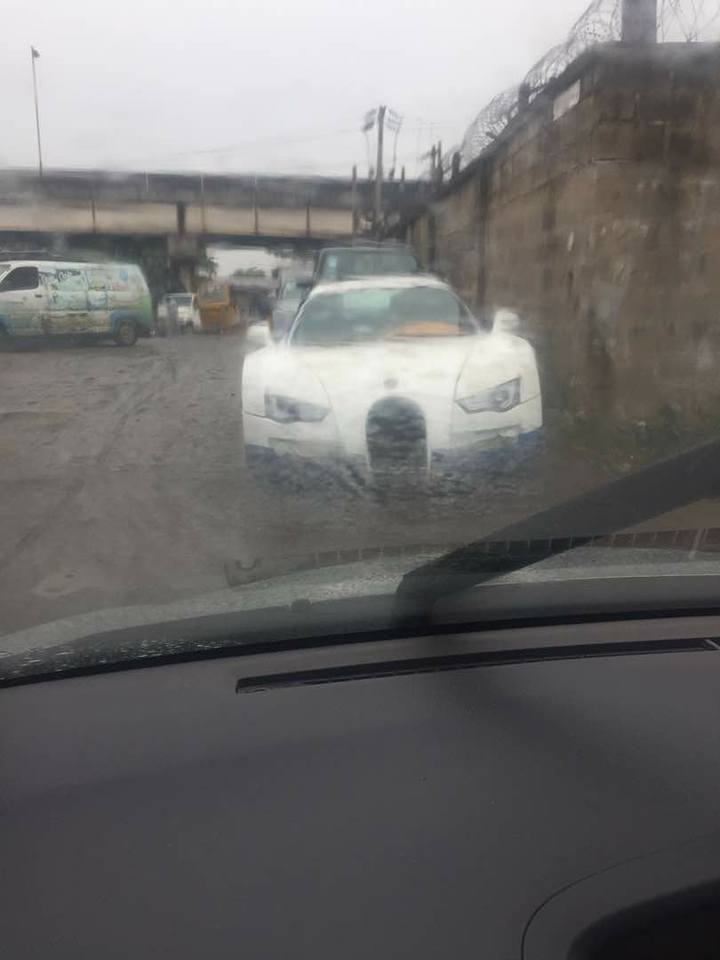 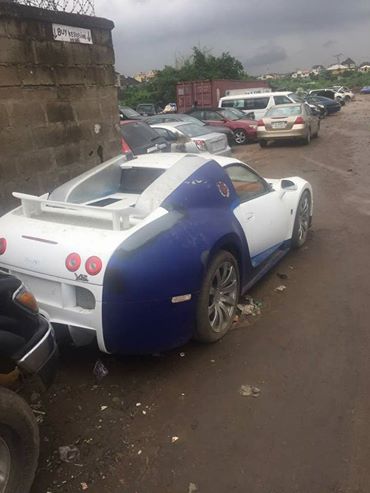 Whether this is actually a real Bugatti or not is open to debate, but it certainly made for fascinating viewing. 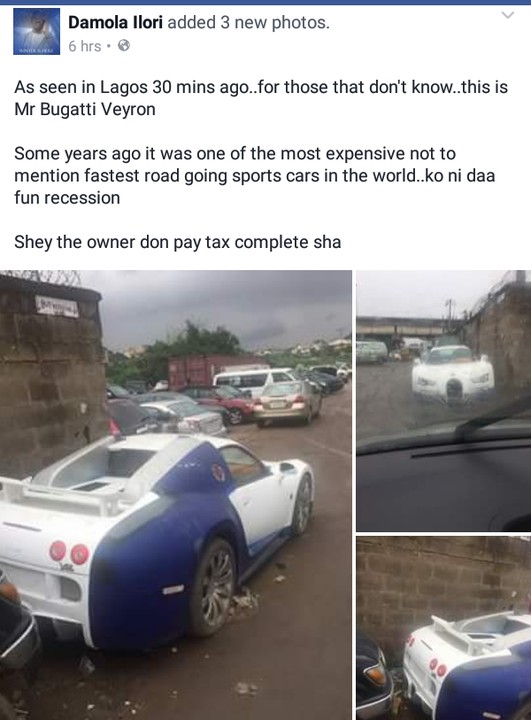