The senator representing Bayelsa East senatorial district in the National Assembly, Sen. Ben Murray-Bruce, has said that the $1 billion security fund to fight Boko Haram will not achieve its aims if the ideology behind the group is not tackled.

Boko Haram, which translates to Western education is bad, aims to stop education in Northern Nigeria, where it also aims to establish an Islamic caliphate.

Murray-Bruce said that until the ideology fuelling the group is altered, “guns and bullets alone” may prove ineffective. 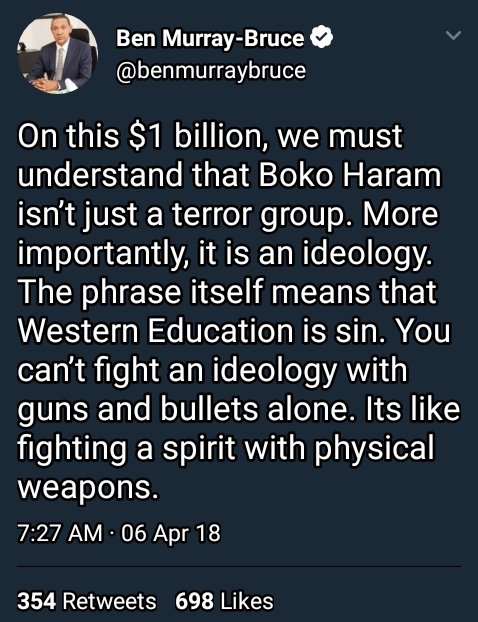 I love my wife but can’t marry her again, man tells court

Septuagenarian remanded in prison over alleged attempted rape of minor