Bandits suspected to armed robbers invaded a new generation bank’s branch in Osun state today. The incident occurred around Oke Ejigbo, Ila Orogun area in the state. According to The Punch, the robbers forced their way into the bank premises around 2 pm. However, some policemen were deployed to the location in a bid to foil their plans and keep residents calm.

The Nation equally cited that the robbers who were about eight in number, blew up the security door, went directly into the banking hall and raided the facility for more than an hour. 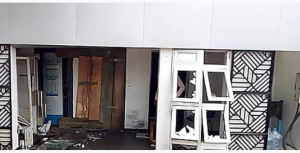 It is also reported that they took large sums of money away after evading an attack from security operatives that were deployed to the bank. Some eyewitnesses narrated that while so many victims sustained injuries, about three people died as result of the sporadic shootings by the robbers and one of them was a policeman attached to the bank for security duties.

Five Sentenced To Death In Bangladesh For Gang Rape

Five People In Court Over Alleged Breach Of Peace In Ekiti