Controversial American rapper, 50 cent who claimed he was broke some months ago to bail himself from an ongoing legal battle with his ex has reacted to the ongoing rap feud between female MCs, Nicki Minaj and Remy Ma.

Recall that the rap battle had escalated beyond proportion after Remy Ma released her diss track to battle the American rap queen and barbie, Nicki Minaj.

Wendy Williams had on her show crowned Remy Ma the winner of the feud adding that she might have had help from her producer boyfriend, Papoose. Wendy Williams further stated that Nicki Minaj better contact her ex-boyfriend, Safaree whom she left to date Meek Mill for a comeback. 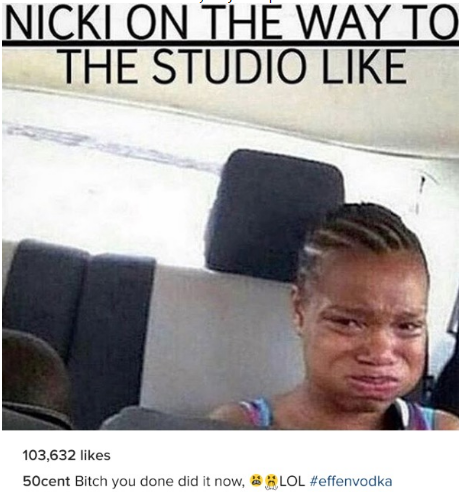 Increase in BRT fares will impoverish us – Lagos residents