Popular social media influencer, Japheth JJ Omojuwa, and his digital media firm, Alpha Reach Limited, have come under the radar in recent days over their alleged involvement in an image-laundering campaign for Alex Saab, a Colombian who is under house arrest in Cape Verde.

An exclusive report by Buzzfeed identified Alpha Reach as a linchpin in the campaign in which Twitter influencers were recruited in Nigeria and neighbouring countries and paid handsomely to trend hashtags such as #FreeAlexSaab and others favorable to the Venezuelan government-backed Saab.

The aim of the campaign, it was gathered, was to sway public opinion and court proceedings in favour of Saab, who is fighting extradition to the US after a Florida court charged him with money laundering.

Omojuwa has denied his firm’s direct involvement in the campaign and counter-accused his accusers of sponsoring a campaign of hatred.

However, the Federal University of Agriculture, Abeokuta graduate is not alien to smearing the reputation of others using Twitter.

Seven times Omojuwa besmirched the reputation of others on Twitter…

During an online spat with the broadcaster back in 2015, Omojuwa described Amaize as a failure that would still fail even if used as “biogas waste” mixed with “faeces” to generate power at Mile 12 in Lagos. He also described Amaize, whose nickname is Mr Fix Nigeria, as “cursed”. 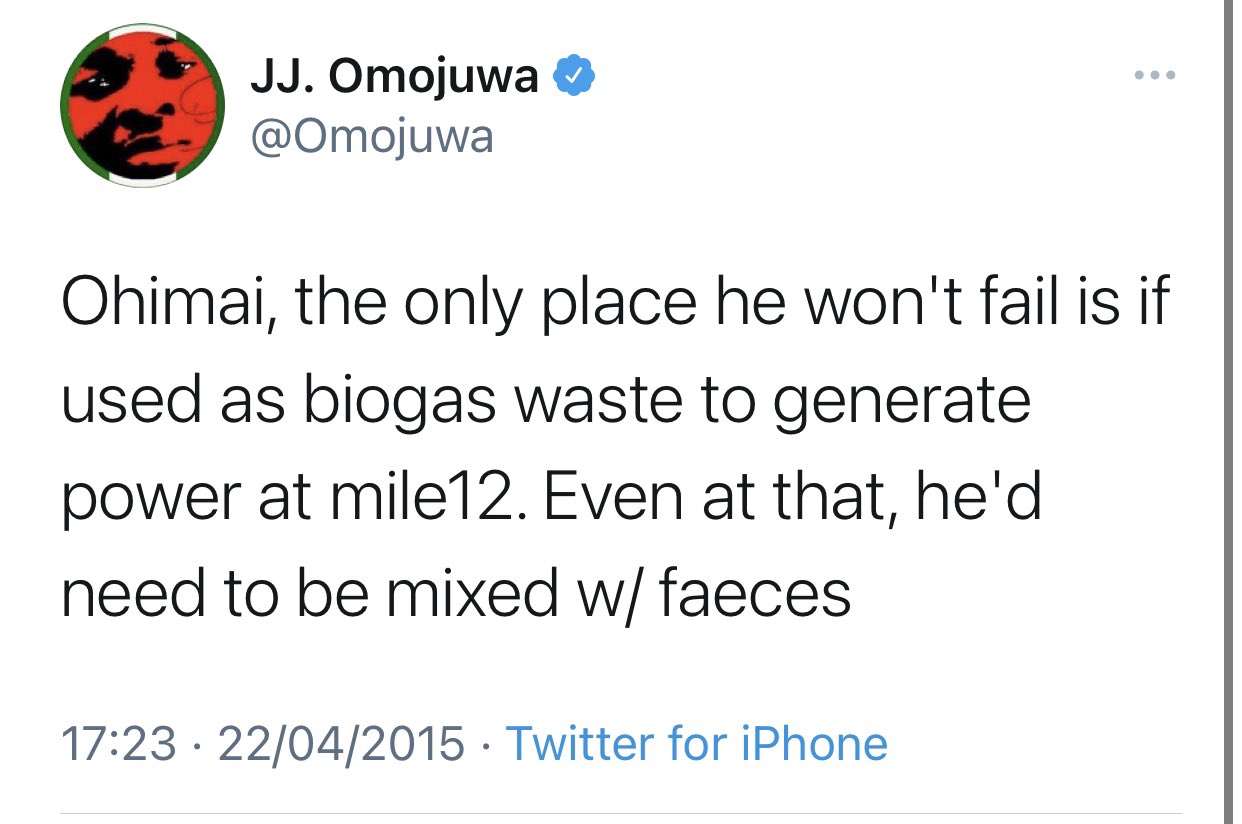 Omojuwa in 2017 derided Senator for Bayelsa East in the 8th Senate, Senator Ben Murray-Bruce as a “baby in a faded white fool’s skin” and a “coward”. 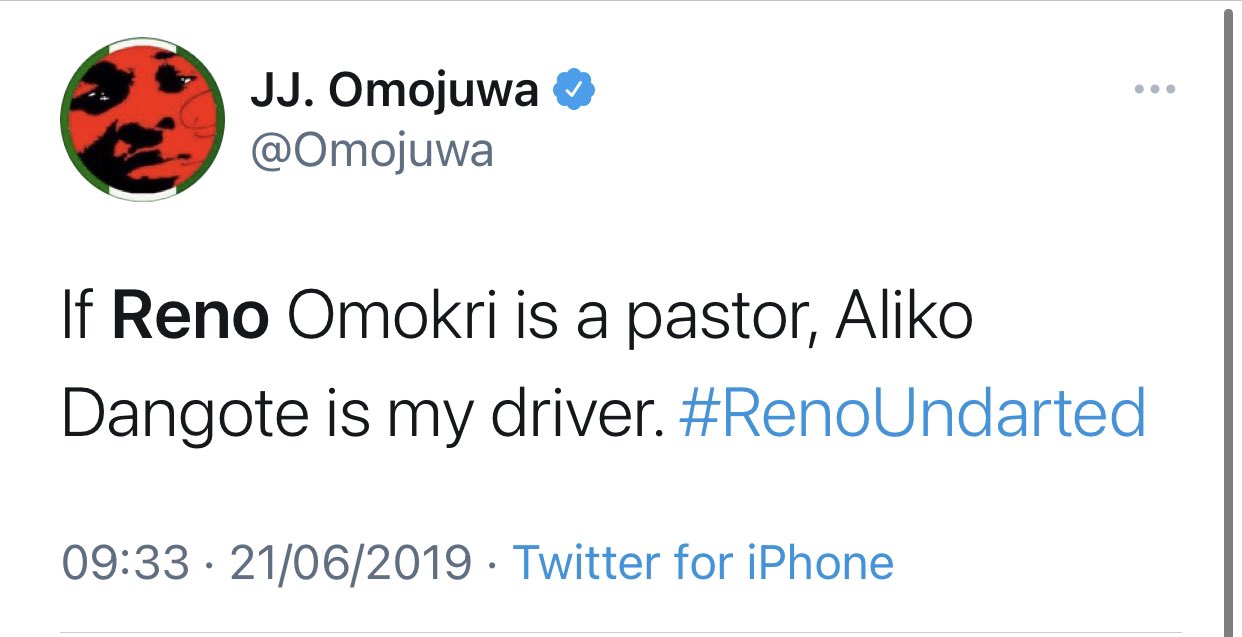 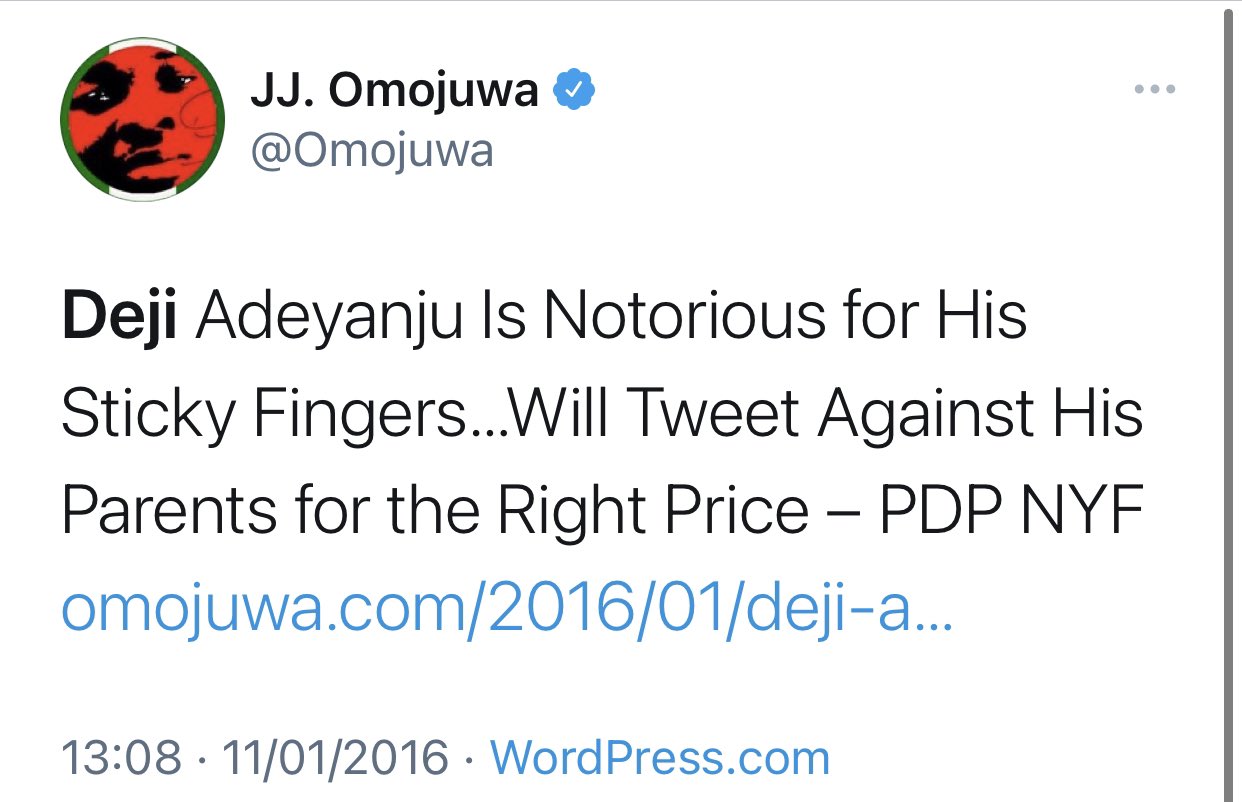 In the build-up to the 2015 general election, another social media influencer that frequently clashed with him was Blossom Nnodim. Omojuwa narrated how he rejected an award because Ms Nnodim was also a recipient. 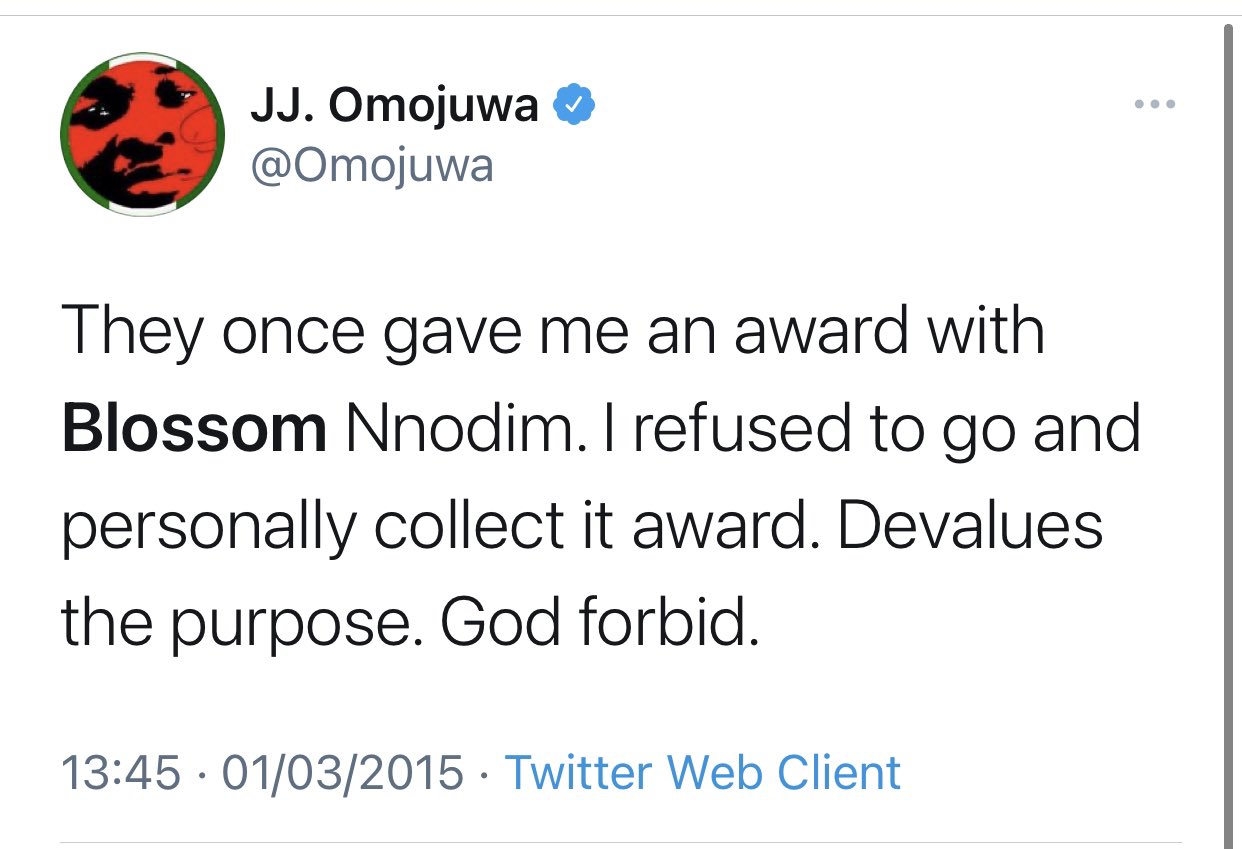 Nwabia was a social commentator and Twitter influencer that died in September 2019. Before his demise, he had an altercation with Omojuwa in which the latter described him as a “paper horse” and “impotent” man that could not “impregnate one woman”. 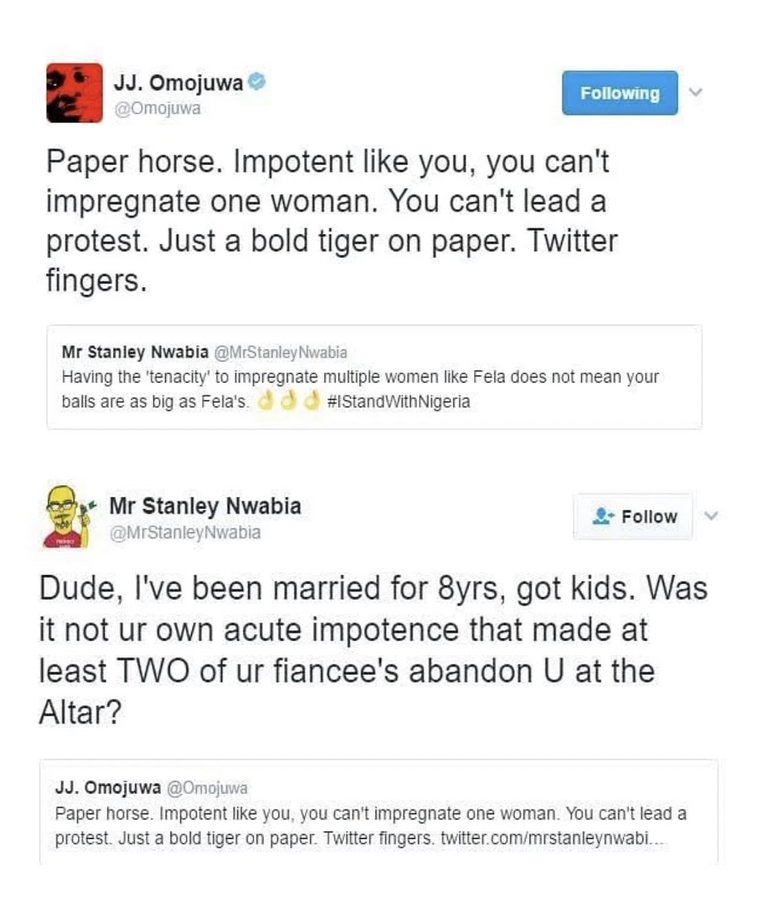 In the period leading to the 2015 election, former President Goodluck Jonathan was not spared bashing from Omojuwa, who never seemed to run out of insulting adjectives to qualify him.

He compared the former President to a dead pig. 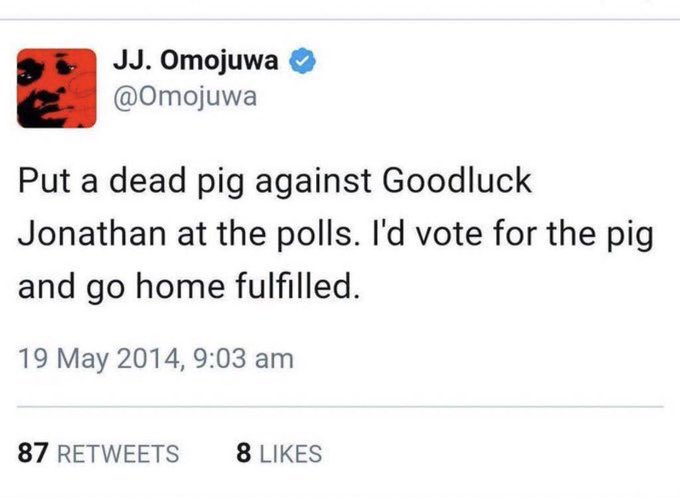 Kidnapping: Nigeria must learn from Pakistan, other countries – Saraki