A grieving mum has been seen lamenting the death of her one-week-old baby who was killed by her 8-year old daughter and 6-year-old son in Edo State on Tuesday.

The young mother of three rushed out of her apartment screaming that her children had killed her baby, however, wasn’t taken seriously at first. 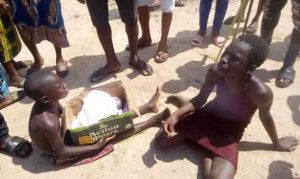 It was assumed that she was joking until her wailing increased and neighbours rushed to the scene, finding the dead baby.

The two siblings were questioned and beaten but the main reason they killed the infant was unknown, neither did they disclose how they did it.

The kids have been taken to the police station for further investigation. 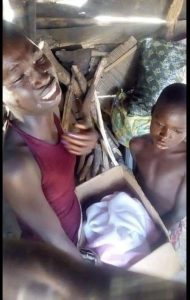 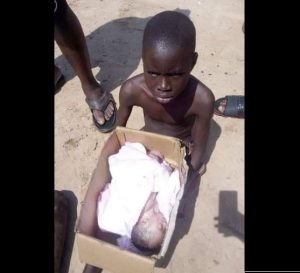