A 10-year old girl named Aysha Aliyu Gebi, who hails from Bauchi state has been invited to the state House in Abuja, by President Buhari after her letter requesting to see him surfaced online.

The uncle of the little girl posted the letter online which caught the attention of Bashir Ahmad, the President’s Personal Assistant on New Media.

Aysha, in her letter, showed concern about the president ‘s health, stating that she hopes he is in a better state now. She then went on to tell him how much should would love to see him.

Bashir Ahmad had responded that the president acknowledged her letter and has asked her to come and see him.

The young girl’s uncle was notified of the President ‘s invitation on social media.

See their tweets below; 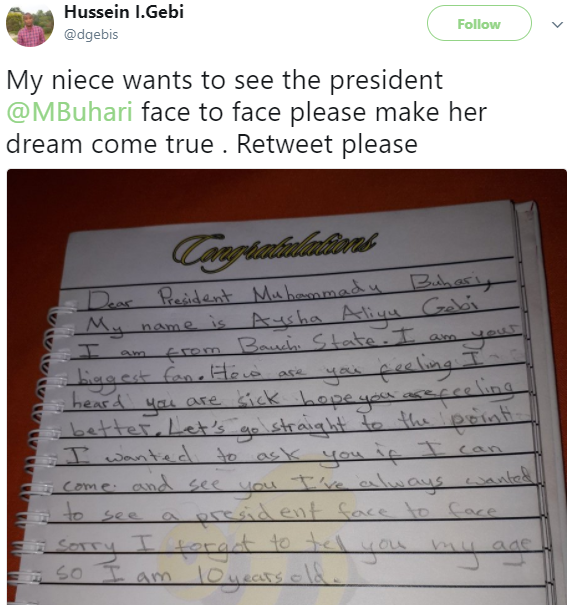