Nollywood actress, Daniella Okeke’s curves took the curve game to a whole new level as the actress displayed her asset in new photos.

The actress who has starred in various movie flicks could be said to have challenged the curves on the likes of Kim Kardashian and Nicki Minaj in the new photos.

In the photos she released, the fast rising Nollywood actress was captured with veteran actress, Fathia Balogun. 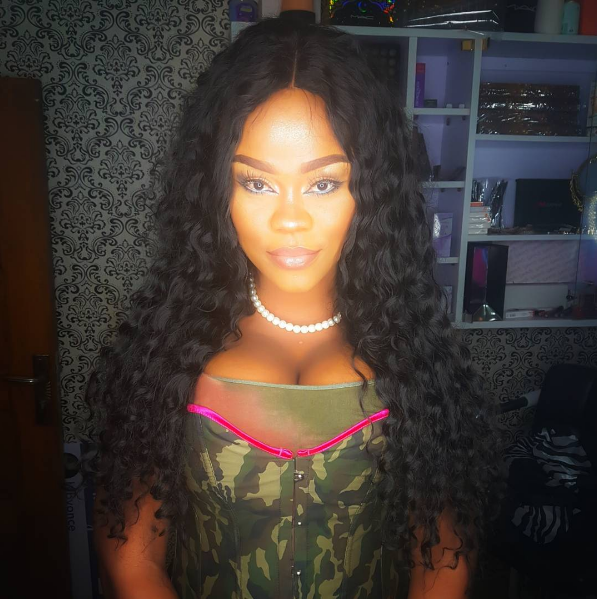