After Battling Vocal Cord Issues, Justin Timberlake has Announced his Return to the Music Scene

Justin Timberlake seems to have overcome his initial struggles with his vocal cord. He has just stated that he is ready to relaunch his tour. The music star had initially canceled shows late last year as he could hardly use his usual serenading voice on stage. He mentioned that he had a bruised vocal cord and would not be able to continue his Man Of The Woods Tour.

While confirming that he is now fine via his Instagram account, Justin Timberlake recorded a video where he said, “First of all, Happy New Year. Hope everybody had a good holiday. Second of all, D.C. we here. We’re back. Can’t wait. Excited, ya’ll ready?”

In the caption, he then wrote, “And… we’re back. See you tomorrow DC! #MOTWTOUR.” 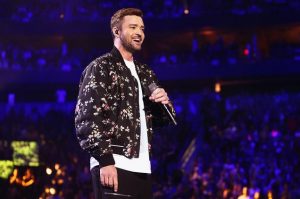 Timberlake halted his public performances sometimes in October. He announced at a show in Madison Square Garden, New York he had a bad vocal cord. He said, “my vocal cords are severely bruised… I’m gonna make this up to you.”

The pop star went on to cancel other shows that had been lined up for him. And it was only until December that he gave an update that doctors had advised him not to sing until January.

Justin Timberlake is now expected to start his tour soon and run it until April, this year.

Leadership: Buhari has this advice for Nigerian youths