President of the Actors’ Guild of Nigeria, AGN, Emeka Rollas has reacted after Gideon Okeke called out Nigerian film executives for “impoverishing actors”

Gideon Okeke took to social media yesterday to reveal that he has been having emotional breakdown and considering quitting the industry.

A follower responded, telling him that the problem is that he is “outside the family house” (AGN) and enjoined him to join the AGN so that he can be knowledgeable about what’s happening in the industry.

Gideon responded, asking the follower if AGN president Emeka Rollas has earned himself royalties of his own.

Emeka Rollas responded. He told Gideon that he is trying to “emotionalize the issue to draw unnecessary comments from very ignorant fellows capable of causing disharmony among us.”

Emeka Rollas told Gideon that the reason why actors are not being paid royalties is because they are not members of a Guild or part of a “collecting society”.

He advised Gideon to start “making all of these contributions through your Guild that you belong to.”

He said only the Guild can fight for actors to receive royalties but told Gideon that “the Guild cannot fight for you when you are not her member.” 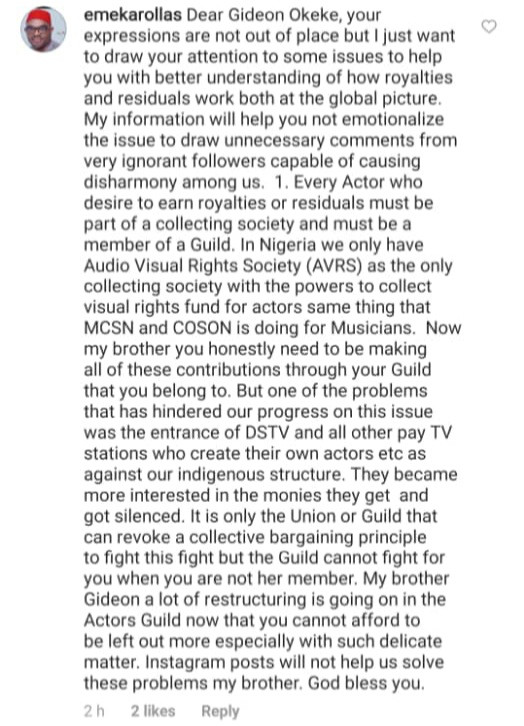 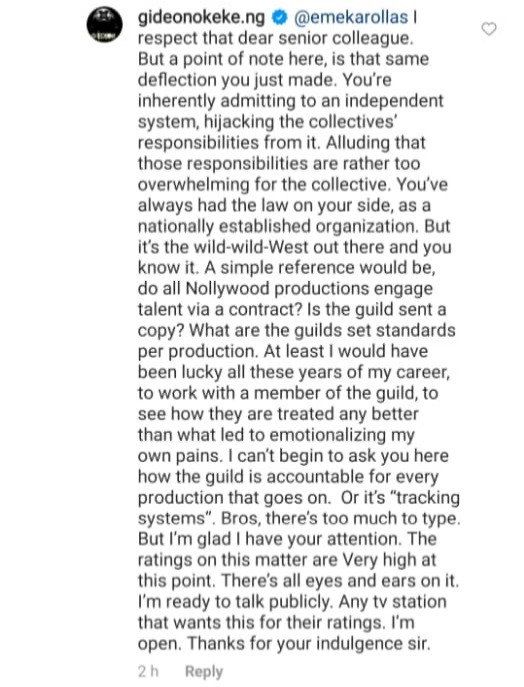 Why I refrained from commenting on Umahi’s defection – Peter Obi