Aisha Buhari Flaunts An N8.1million Watch After The $105,000 Bag Display

Barely two months after wife of the President, Aisha Buhari was spotted with a Hermes Birkins bag estimated to be worth about $105,000 as she arrived the United States, another expensive fashion accessory has been spotted on her.

The new fashion accessory, a Chopard Happy Sport 36 MM stainless steel diamonds encrusted watch estimated to be worth about £15,000 has yet again been spotted on the wife of the president as she arrives the United State on yet another visit. 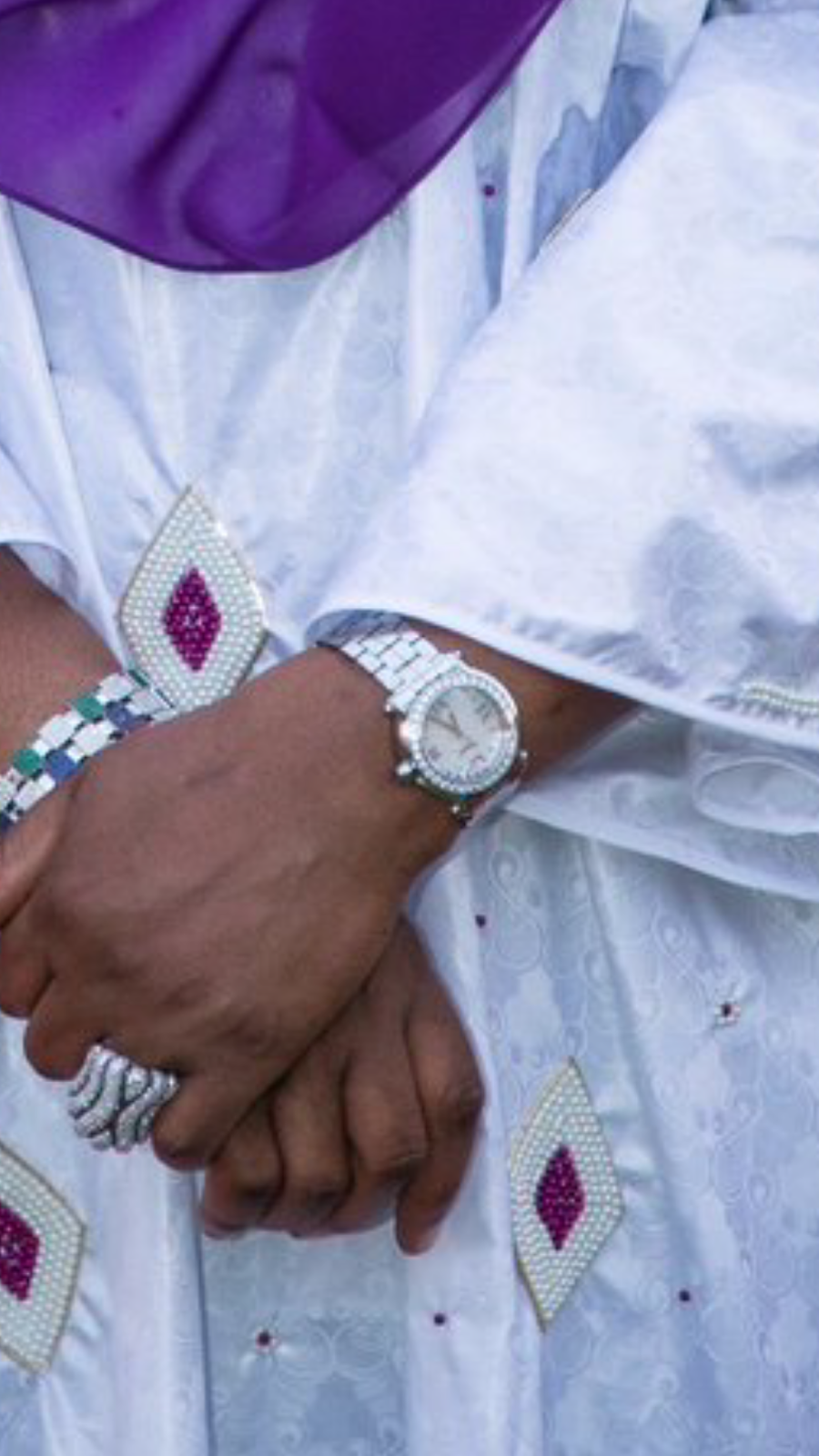 The display comes in a time when the nation is faced with economic recession and the masses are crying at the hardship caused by continuous slide in the value of the nation’s currency.

Her husband, the president, Muhammadu Buhari has however launched the ‘Change Begins With Me’ campaigned aimed at strengthening his ongoing war against corruption.

Gombe has a lot to showcase to the world- Deputy Governor

Buhari won’t be bullied into breaking up Nigeria – Presidency