Nasreen Akhtar, a 50-year-old, who fraudulently claimed benefits worth £260,000 between 2002 and 2013 based on being a single parent with poor mobility, has been brought to justice by the Manchester Crown Court.

Akhtar claimed that she was a single parent with poor mobility to work as a result of health disability. These claims then entitled her to £260,000 from the Departments of works and Pension.

After a useful tip-off, the police laid surveillance on her and discovered that all her claims were false. Akhtar was seen walking around  super markets, catch having a partner and captured dancing at a wedding ceremony. 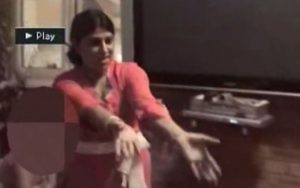 Nasreen Akhtar also said she was a single parent but was caught living with a partner, prosecutors said.

She claimed the fraudulent “complex raft of benefits” between 2002 and 2013 based on being a single parent with poor mobility who was too ill to work.

The 50-year-old was caught following covert surveillance after a tip-off.

BBC reported that the Crown Prosecution Service (CPS) disclosed that :police discovered she had a partner when they found him in her bed during a raid on her home in 2013″.

“while she claimed she was “too ill to work” and had “poor mobility” and “significant care needs”, she was seen out and about with her family, and dancing at a wedding, the CPS added.”

“Akhtar, of Howgill Crescent, Oldham, admitted seven counts of fraud against the local authority and the Department of Work and Pensions (DWP).

“At Manchester Crown Court she was jailed for two years.

“He said it took three years to bring a case against Akhtar as she had attempted – “at further cost to the taxpayer” – to have herself found unfit to stand trial.

“Earlier this year we brought even more compelling evidence that Ms Akhtar was trying to hoodwink the court and the judge decided that she was fit and well enough to stand trial,” he said.

“The CPS said Akhtar had claimed housing benefit and council tax relief as a single parent for a house she rented, when she had actually owned it jointly with her partner.

“She also claimed income support as a single parent when she owned other properties and had significant savings, it added.”