Facebook user, Harrison Essien, has thanked the Akwa  Ibom state Governor,  Mr Udom  Emmanuel, for his benovelent gesture after he gifted a friend,  Blessing Emah the sum of N1m to support her food business.

Blessing who is an orphan, had lost both her parents at a very tender age and was left to cater for herself and  her siblings, took to food hawking,  selling ekpangnkukwo, a local and most sought after delicacy in Akwa Ibom State.

The young lady who was dogged and resilient, continued to strive until she met her benefactor,  who decided to empower her further with the monetary gift.

Her friend, Harrison Essien shared Blessing’s story on Facebook. He wrote: “While many young Nigerian graduates are roaming the streets in search of white collar jobs, she used her cooking skills learnt from her mother to prepare ekpangnkukwo, Akwa Ibom’s most sought after delicacy.

“Unfortunately, she lost her parents at a very tender age and as an orphan, life was extremely difficult for her, as she was unable to further her education to the university level and take care of her younger siblings.

“Expectedly, her friends mocked her, calling her a school drop-out, but like an eagle, she remained focus in order to achieve her target.

“Instead of forming a slay Queen on the social media or jumping from one man to another for survival, she borrowed N20,000 and startup the ekpangnkukwo business.

“At a time that many young girls sleep in the comfort of their homes doing make-up or visiting prayer houses for miracles, she explored every available opportunity in the State just to showcase her cooking talents and market her products.

Today, because she is consistent and outstanding in her business, Akwa Ibom State Governor, Mr. Udom Emmanuel has appreciated her efforts and donated N1m as a financial empowerment to her.” 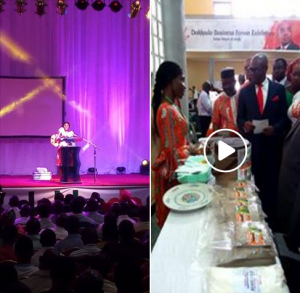 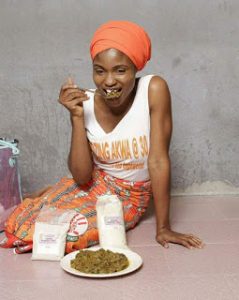 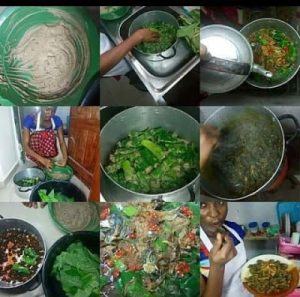 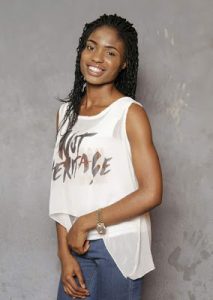 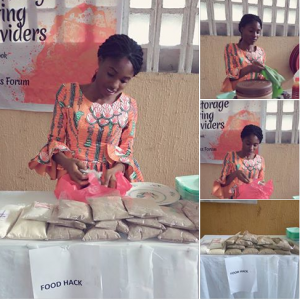