The United States Mission to Nigeria has criticized the Federal Government of Nigeria for pardoning corrupt ex-officials. The US Embassy was referring to the recent pardon of DSP Alamieyeseigha, former Bayelsa state Governor, who is currently wanted in the United Kingdom for money laundering offences.

The tweets read, “The #USG is deeply disappointed over the recent pardons of corrupt officials by the GON. #Nigeria”. USG meaning United States Government, and GON meaning Government of Nigeria.

The second tweet read, “We see this as a setback in the fight against corruption. #Nigeria”

The United States Government also this morning released a damning statement surrounding the high level of insecurity in Nigeria. The statement said the  Nigerian government was demonstrating a “lack of political will” to fight insecurity in the country. 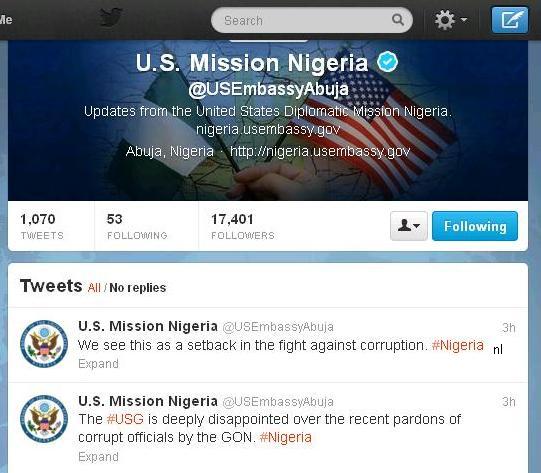 Vibrating pen picks up mistakes as you write

How Didn’t She See It Coming: PROPHETESS To Divorce Hubby Over Adultery