Albinism is a skin condition that affects people all over the world. It’s a lot more stark in Africa where the predominant color is black and therefore people with Albinism seem to stick out more.

In society they are usually stigmatised for their skin condition and a lot of them go on to lead solitary lives due to their condition.

However, some are able to rise above all this and interact normally with society, one of such was a woman simply called Gaje. The albino lady narrated to media personality Betty Irabor how she defied the odds and got married. She said she has 2 beautiful children that aren’t affected by the condition and that her husband has been amazing. 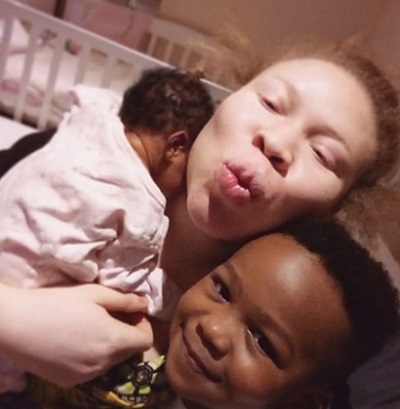 Irabor who interviewed the lady narrated her story saying: “When I interviewed this lady a while back, she said that she felt no one would love her and she would never find a husband because of the colour of her skin due to albinism. But God stepped in.

“She met her man who confessed that his friends tried to discourage him from marrying an albino .. “of all the girls around, it’s an albino you want to marry”? They said to him. But he followed his heart and married her!

“Then she got pregnant and then came the nagging worry that she might give birth to an albino who would be bullied for his colour as she was in school. But when her baby was tenderly placed in her arms, she cried as he came out looking like his father…dark skin, melanin! She continued saying that shortly after marriage, Gaje took in and welcomed her first child and then the second. Interestingly, none of her two kids suffer albinism. 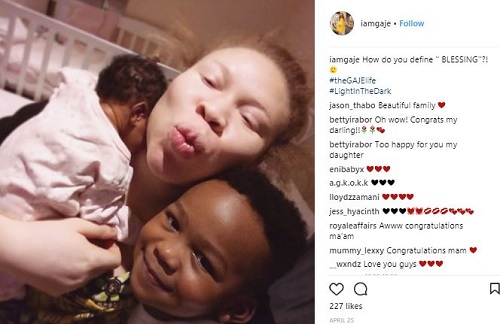 ‘In her words; “And then came baby number 2 and again, not a trace of albinism !! Grace, Grace!! She has no regrets about being born with albinism and urged others like her not to fall into despair, but feels sad that society has not understood that God does not do colour!!” Underneath it all, our blood is none other than red!! God, does not do colour!!” 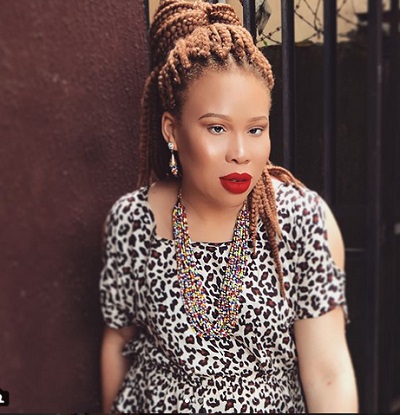 My mom used to beat me with pestle – Chioma Chukwuka