Aliko Dangote is the only African on the Bloomberg 50 list of this year’s most influential people.

A photo of Aliko Dangote was displayed on Wednesday on the Nasdaq Tower in Times Square, New York after Aliko Dangote was selected as the only African on the Bloomberg 50 list of this year’s most influential people.

The NASDAQ Tower is considered the most visible LED video display in Times Square and is one of the most valuable advertising spaces in the world. It’s the largest continuous sign in Times Square. It has close to 9,000 square feet of display space — about a quarter of an acre. 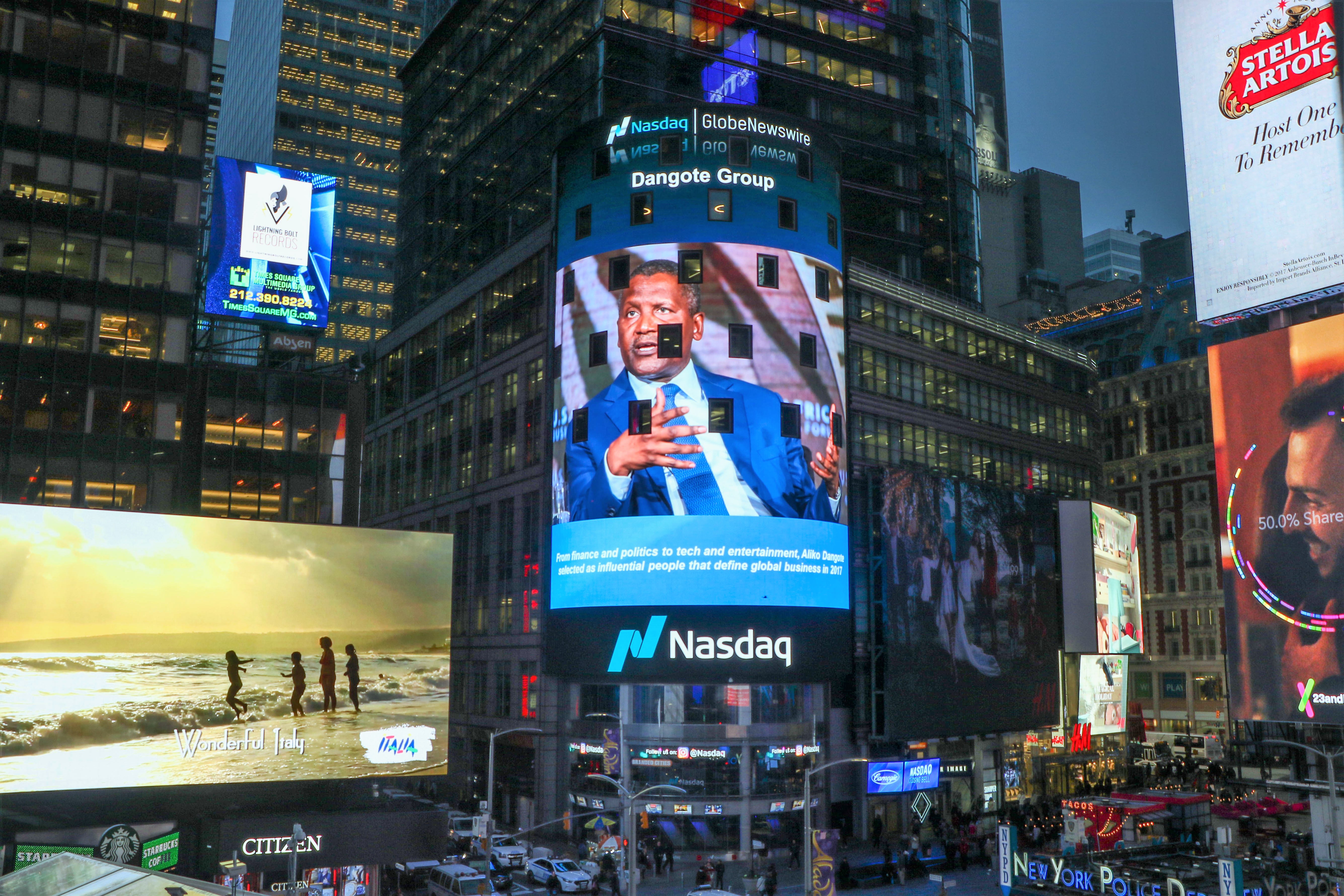 .@AlikoDangote on the @Nasdaq Tower in #TimeSquare #NewYork

Nigeria to clash with England ahead of Russia 2018

FirstBank employees making a difference in immediate environments through SPARK…

Coca-Cola System to invest N560bn in 5 years in Nigeria