Double amputee model, Stacy, has showed off her banging body despite having her legs amputated after being struck with a serious illness.

The model, who has never modelled until she lost her legs, said she had gone on a holiday to France in 2009, when she returned home and discovered her legs were swollen. 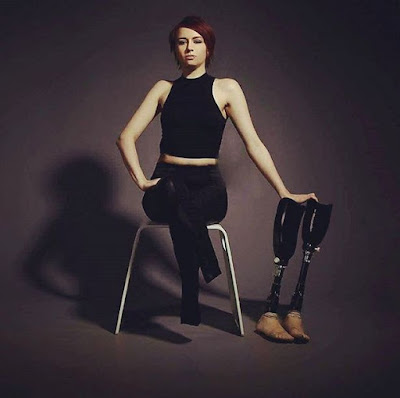 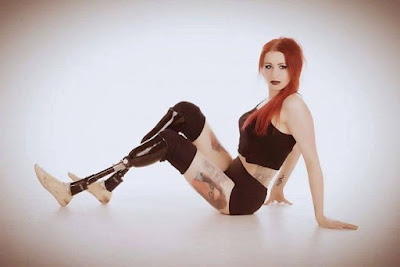 Stacy Paris, who never thought she could end up like this, said she has gradually learnt to love and carry herself.
Despite the pain and frustration she encountered, she was determined to prove that people can actually love their bodies no matter the situation. 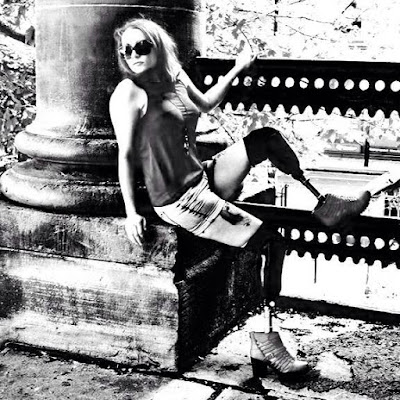 According to the model, a visit to the hospital had revealed that inside her toe was just dead flesh after an infection had invaded her body and started to kill it off bit by bit.

Speaking about her experience, she said;

“That was my first amputation and I was devastated, crying I didn’t want bits of my body chopped off. But the infection in my blood travelled to my lungs and I ended up in intensive care and almost died.

“I had to go through a total of 24 operations in total. I had my left leg removed from below the knee after 19 surgeries to try to save it. Then an infection appeared in my right leg and I knew it was going to have to be done. So after two operations I had the big one and had it amputated too.”

“The pain was gone and I was determined to heal as fast as possible and get on with my life. I had been in pain for years, I had almost died twice, I had suffered enough and I wanted to live.

“I happened to see a post by the ACE agency and I sent them my details and they got back right away and now I am their Ambassador and feel very proud to be helping show that we are all amazing no matter what.

“I’m not my amputations, they are just something that has happened to me. I am Stacy, I model and I am studying molecular science and I’m living life the way I want to and I’d urge everyone to do the same.”

Fake Doctor Sentenced To 54 Years In Prison In Adamawa, Yola

#WCW: Instagram Fitness Celebrity is fitness goals for all ages and body types