Nigerians are incensed that their ruler, Muhammadu Buhari, has refused to obey a court order granting the release of Sahara Reporters publisher, Omoleye Sowore.

Sowore, has been held in detention by the Department of State Security Services since early August, against his constitutional rights and on what many Nigerians and global citizens have termed as “trumped up charges.”

The Buhari administration’s dissatisfaction with the social rights crusader and 2019 presidential aspirant came as he termeda  protest against the Federal government a “revolution”.

Earlier this week, Justice Taiwo Taiwo of the Federal high Court in Abuja, ordered the immediate release of Mr. Sowore pending his arraignment on the charges against him.

The only condition of his release was the submission of his international passport, which the former presidential aspirant had already complied with.

However the DSS has refused to release Mr. Sowore, making a contemptful face to the court, a staple behaviour of the Buhari regime.

Responding to this continued impunity, Nigerians took to social media to air their discontent.

Here is a cross section of some of the comments seen on social media: 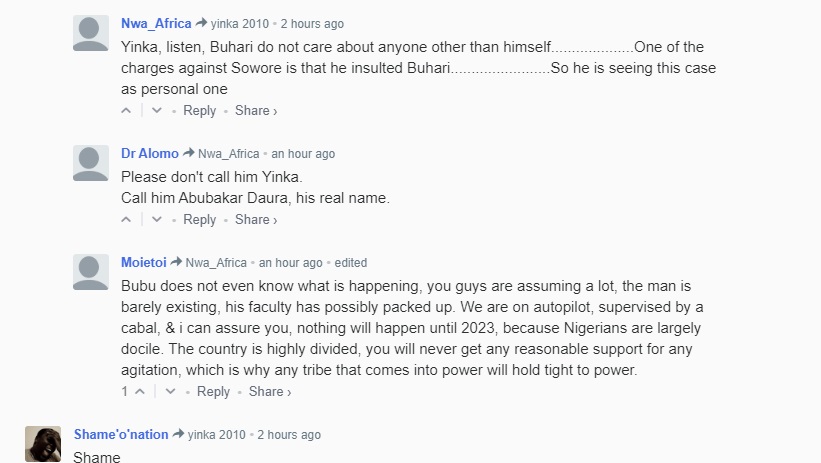 Rape victims who sue for money are prostitutes- Remy Ma

The Sunday Igboho I Knew – By Babafemi Ojudu