Lionel Messi scores his first goal of 2020 but it was Angel Correa who was the hero of the night as Barcelona crashed out of Super Cup and Atletico Madrid set up an all Madrid final.

Real Madrid swept past Valencia on Wednesday to book their place in the final of the new-format tournament.

The game on Thursday was played out in the second half. Koke put the side from Madrid up early in the second half with a sublime finish before Lionel Messi’s drive restored parity. Barcelona thought they’d won it when Antoine Griezmann headed Barcelona into the lead but Avaro Morata soon leveled things from the penalty spot.

Few minutes to the end, Angel Correa ran through the Barca defence and converted a powerful strike that proved too strong for Neto in goal. 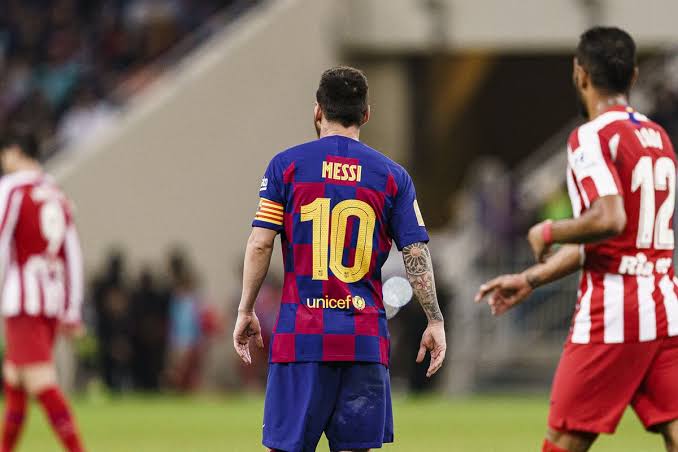 Lionel Messi had a goal ruled out by VAR and Gerrard Pique should have taken the game to extra-time but failed to convert his header.

3-2 the game ended in Saudi Arabia.

FG Reconstitutes New Board of CAC