A new video has emerged online showing an angry young looking man who beat up his girlfriend to a pulp.

In the video, the young man who seemed to be having a conversation with his girlfriend suddenly stood ande landed several slaps on her face.

In his rage, he removed a whip which he used in beating his supposed girlfriend mercilessly.

His friends tried to no avail to restrain their friend from further beating the girl but he was too angry to listen to the voice of reason.

The girl’s calm reaction to the beating implied that it was not the first time such beating will take place. She had already become accustomed to getting hit by her boyfriend as she made no effort to fight back or run away.

Meanwhile, Alexandra Avese Kpete who shared the video on Facebook, alleged that the girl got beaten after claiming the man was responsible for her pregnancy. 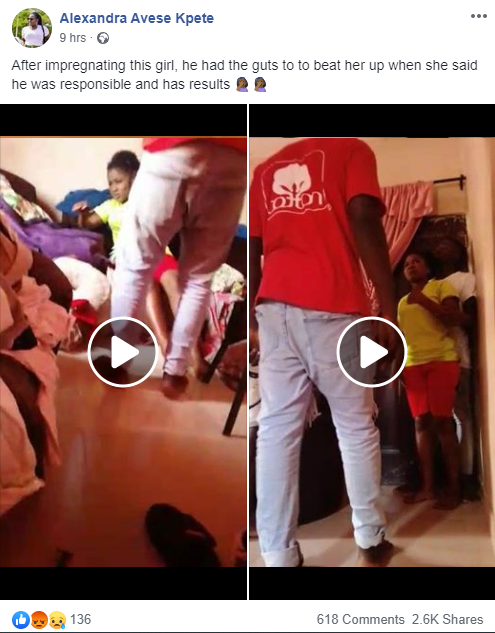 This has sparked different reactions from online users who disapproved of such disgusting act of domestic violence in the 21st century.

Exposed: Nigerian Leaders with billions worth of Dubai properties