Angry woman and Children Cause chaos at Husband’s Wedding

An angry woman who was jilted by her husband and her children, caused chaos at the St Benedict’s Catholic Church in Thika Superhighway, Kenya, when she attempted to crash her estranged husband’s wedding over the weekend. 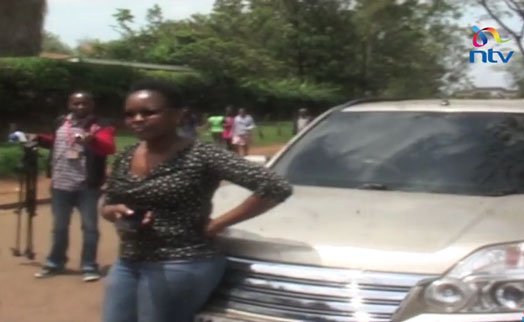 According to reports, the woman who claims to still be in a legal marriage with her husband, arrived the event fuming in fury and daring to enter the church admist heavy security.

The husband who was exchanging nuptials with his new bride, ignored her presence and instructed his over 20 security personnel to block the entrance of the church.

The jilted wife identified as Catherine Mwaura, also claimed she has three children with the groom and that the new bride was stealing her husband from her.

Catherine was filmed fighting another lady at the venue after trying desperately to gain entrance into the church building which failed.

Watch the video from the wedding below.