It is alleged that Emmanuel Ikubese and his popular makeup artist wife, Anita Adetoye are having marital issues.

Rumors of their marital crisis started after Anita Adetoye and Emmanuel Ikubese deleted their wedding pictures and unfollowed each other on Instagram. 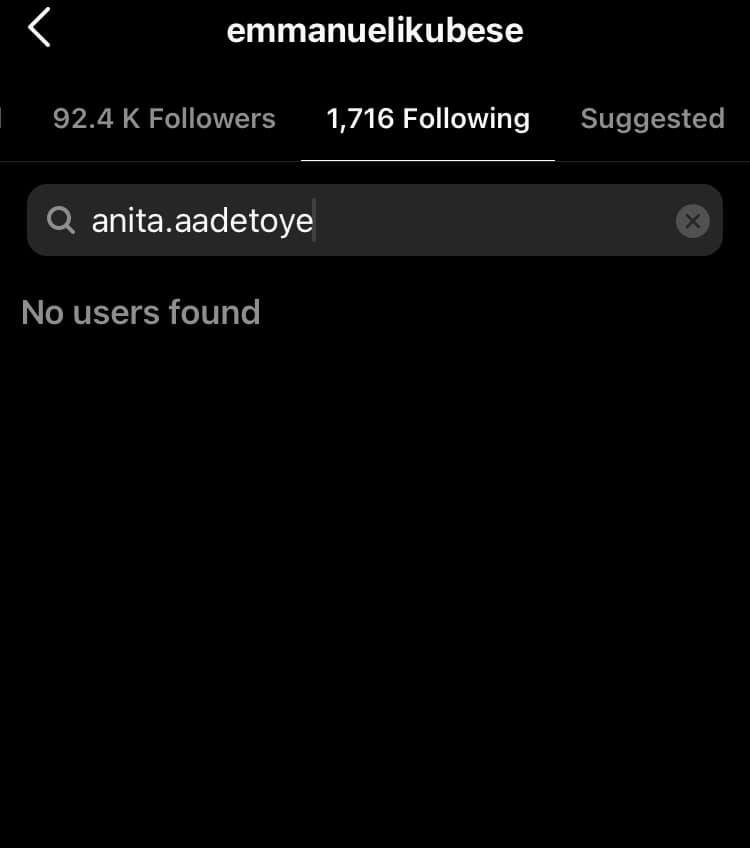 Rumour of the couple’s marriage being in crisis is coming barely one year after they walked down the aisle. 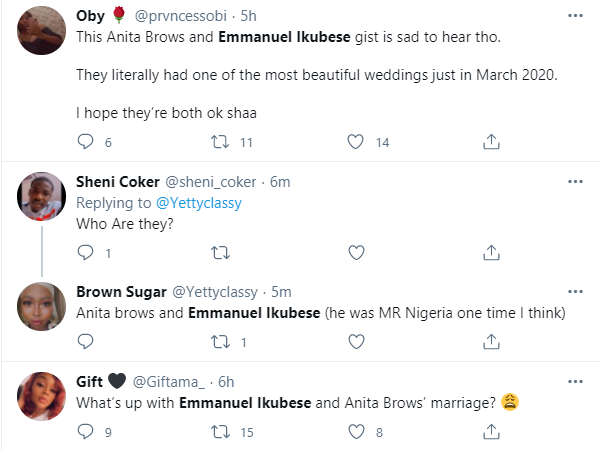 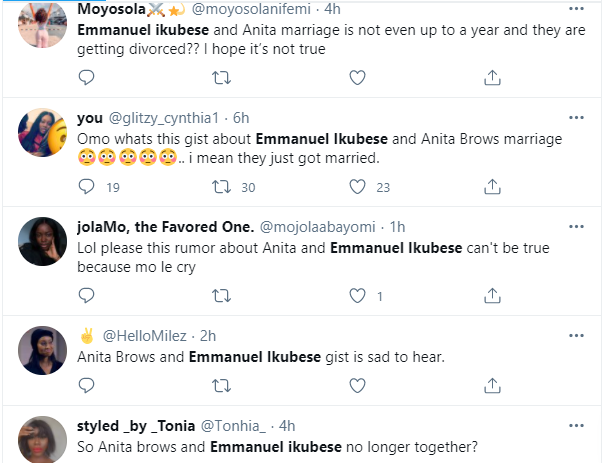 However, neither Anita nor Emmanuel have come out to confirm the news.

Meanwhile, American reality star, Kim Kardashian has officially filed for divorce after being married to Kanye West for six years.

TMZ cited unidentified sources as saying the split was amicable and that Kim Kardashian requested joint legal and physical custody of their four kids.

“It’s gotten to the point where they haven’t spent time together as a married couple in months,” an insider shared with E! News.


“They’ve seen each other for the sake of the kids but have been living separately. Kim knows the marriage is over. She’s known for a while.” Sources tells E! News.