NIN is the unique number that identifies a Nigerian for life and is issued by the National Identity Management Commission (NIMC) after enrollment.

It is used to match the individual with their biometric data and other details in the National Identity Database during verification and authentication.

According to NIMC, which has the mandate to manage the National Identity Database in Nigeria, Joshua enrolled on Tuesday.

The British-Nigerian boxer was also issued his NIN slip after completing the enrollment process, the commission said. 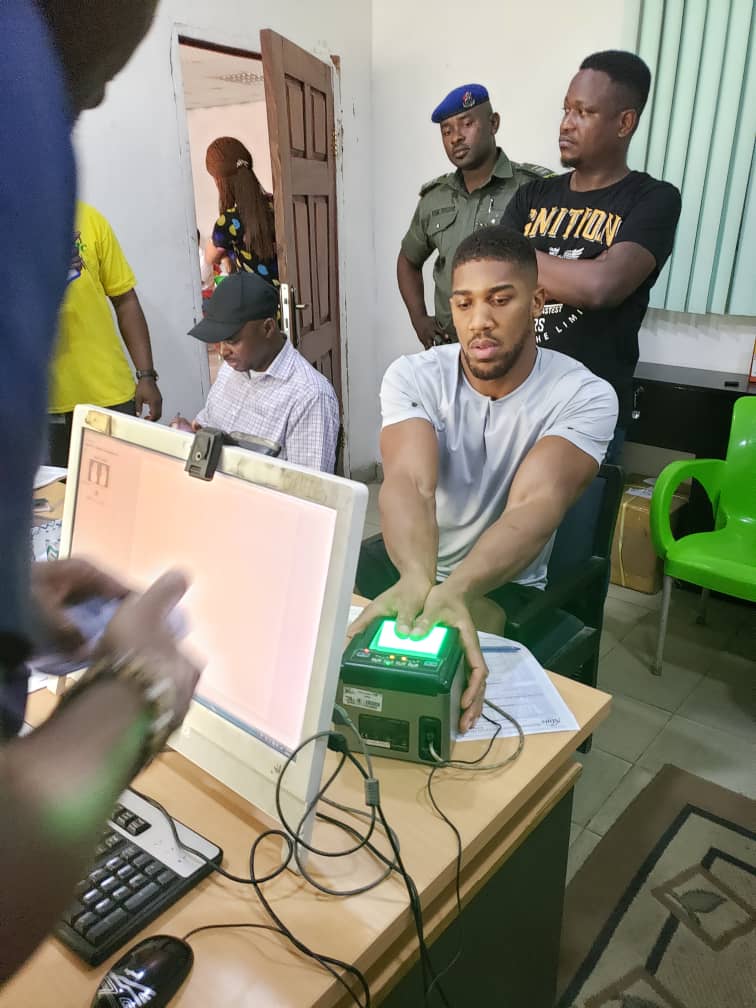 The 30-year-old is a two-time unified heavyweight champion, having held the WBA, IBF, WBO, and IBO titles since December 2019 and previously between 2016 and June 2019.

The boxer, who was born in Watford in the United Kingdom to Nigerian parents, holds the British honour of Officer of the Most Excellent Order of the British Empire (OBE).

However, he strongly identifies with his Nigerian roots and is a frequent visitor to the country.

Just before his rematch with Mexican-American boxer, Andy Ruiz Jr, in December 2019, he was in Nigeria, where he participated in quite a number of laudable causes.

He also recently publicly prostrated for President Muhammadu Buhari in London, drawing widespread applause from Nigerians all over the world.

Regina Daniels Set To Launch Her Own Magazine