Nigerian born Heavyweight Boxing player Anthony Joshua,  has proved his originality to many people around the world by speaking Yoruba dialect.

Joshua’s recent victory did not take many by surprise as the heavyweight boxing player only suffered the first defeat of his professional career when he was sensationally stopped by Andy Ruiz in June.

READ ALSO: Sowore: No Christmas for me if my son is not released – Mother Reveals

President Buhari seemed to be very well pleased with Joshua as he took to his twitter handle to express his joy and congratulate the Champion.

The tweet read: “I salute World Heavyweight Boxing Champion, Anthony Joshua, on his Saturday night comeback victory over Andy Ruiz Jnr. You have brought joy and celebration to millions of Nigerians at home and in the Diaspora; we are and will continue to be immensely proud of you.” 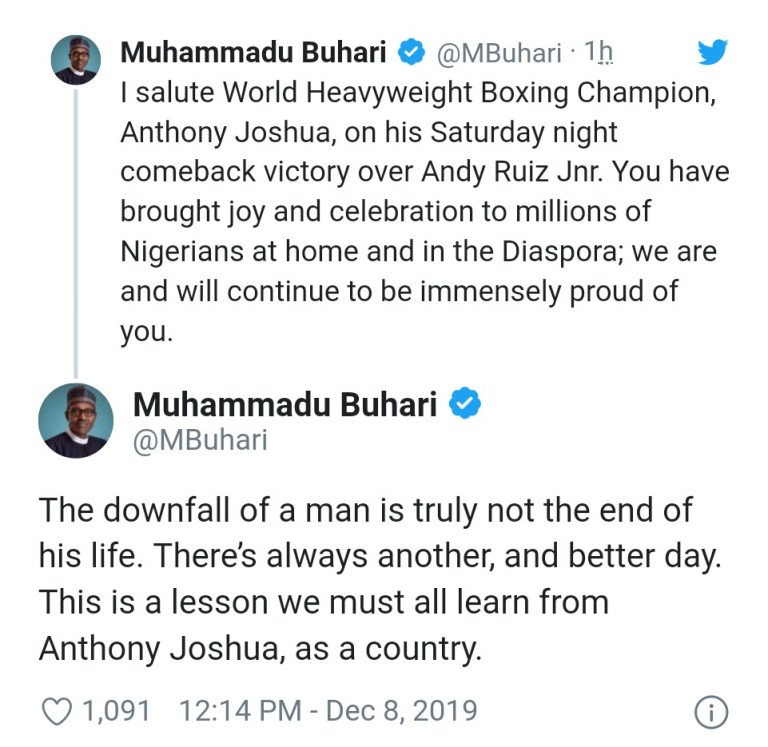 See the video and photos below: 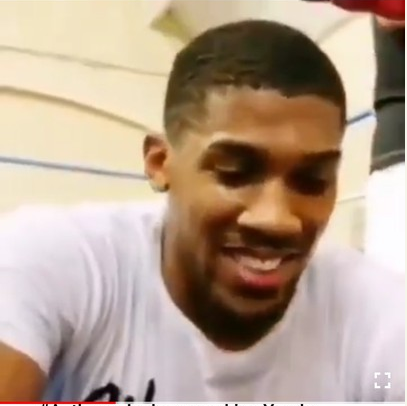 Earlier, The Herald reported that British fighter Anthony Joshua reclaimed his heavyweight titles six months after initially losing them to Andy Ruiz.Joshua won the bout through unanimous decision, having amassed more points than his opponent in the bout. The British boxer, however, said he paid his dues to remain hungry and humble for the success.

According to him, “I want to thank God. I want to say that the first time was so nice, I just had to do it twice. A man like me don’t make no excuses. This is about boxing.

“I’m use to knocking guys out but I had to correct myself and put on a boxing masterclass. You have to hit and not get hit.
I stay hungry and humble.

“Thank you everyone, I don’t know what to say. So to everyone around the world and in this building – let’s go! .Careers are all about experiences, I took my ‘L’ and hit back. I’d do it all again, if you are heard, we going to do a third.”