The former head coach of the Chelsea football club, Antonio Conte has officially been announced as the new manager for the Italian side, Inter Milan.

This would be his first job since he was fired by the English club towards the end of the 2017-2018 season.

Meanwhile, Inter Milan had to fire their manager, Luciano Spalletti, to make room for Conte as the club seeks to become relevant in Europe again.

While expressing his excitement over the appointment, the 49-year-old said, “A new chapter in my life is beginning, I’m really excited.”

“Through my work, I’ll try to repay all of the trust that the president and directors have placed in me.

“I was struck by the club’s transparency and the desire to bring Inter back to where it belongs.” 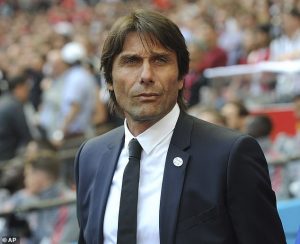 On the latest appointment, Inter Milan’s president, Steven Zhang, stated, “I’m sure that Antonio Conte is one of the best coaches out there.”

“I’m certain that he’ll help us achieve our objective and fulfill our mission, one which has always remained the same: to make this club one of the best in the world again.”