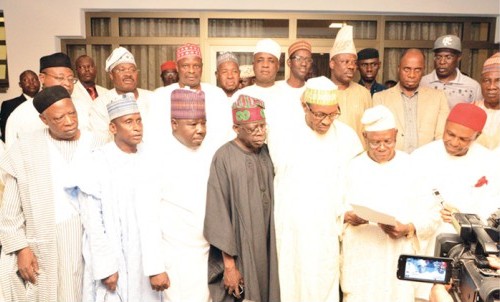 The All Progressives Congress has condemned the conversion of the over 200 missing girls to Islam by members of the Boko Haram sect.

The party made the remarks in a statement released after an emergency meeting held in Abuja on the Boko Haram menace.

The APC said the conversion was “totally unacceptable and unconstitutional”.

APC stated: “This whole abduction saga has hit at the very soul of our nation. But just when we felt we had all witnessed the worst atrocity by the primitive and brutal group called Boko Haram, we are confronted with a totally repulsive scene of teenage girls, literally with guns to their heads, being forced to say they have converted to Islam.

“This is appalling, distasteful and unacceptable under any circumstance and we condemn it with all the strength we can muster.”

“We have consistently said some form of negotiation cannot and should not be ruled out to pry our nation from the grip of these terrorists and ensure the safety and security of our citizens.

“In this regard, we consider as prudent the government’s reaction that ‘all options are on the table’ to safely reunite our girls with their families,” APC added.

Nigerians must deal with reality of terrorism – Oshiomole