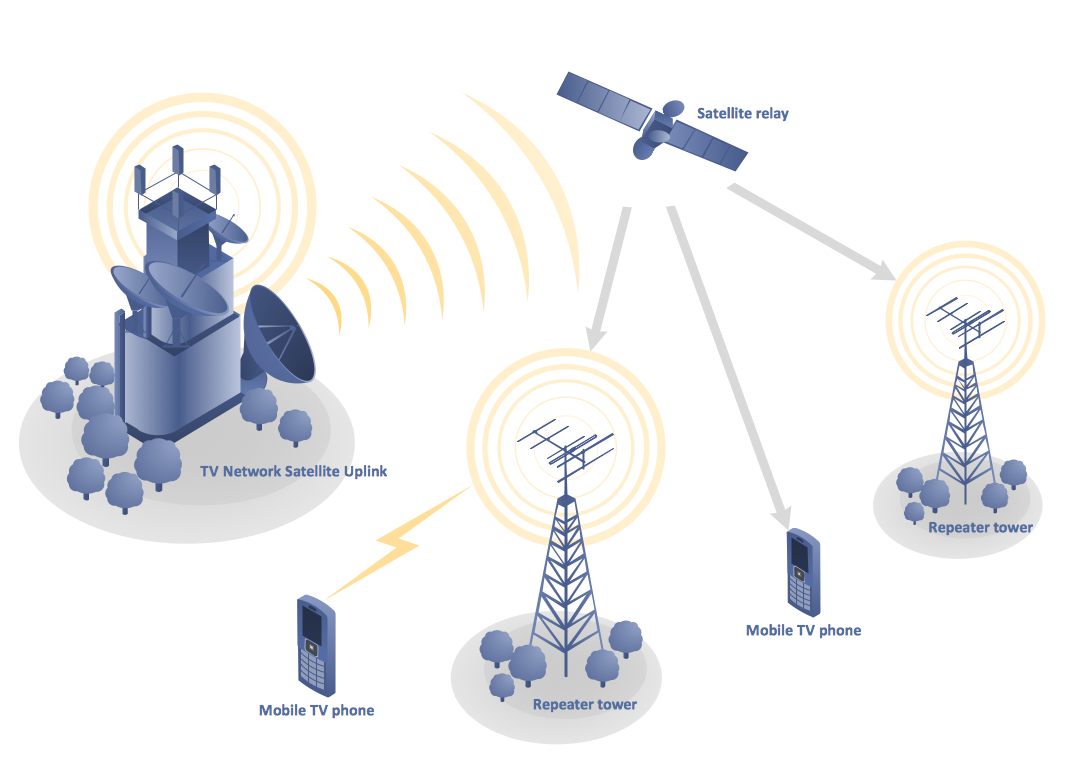 The diagram above portrays the current telecommunication scheme we have in the world. Every time you put a call through to a friend, relative or business partner or watch mobile TV you are connected to a network provider, the network connects you to telecommunication satellite in space, a response is sent back your network provider who then relays to you a feedback and the cycle continues.

Apple is known for thinking outside the “planetary” box and is reportedly working on a satellite that will break the barriers of “terrestrial feedback loops”.

Apple has hired aerospace engineers to form a team along with satellite and antenna designers, according to a new report from Bloomberg. The team’s goal is to develop satellite communication technology that will enable Apple devices to communicate directly without third-party network providers.

Bloomberg’s report hints that Apple may not necessarily build its own satellite hardware it could instead be developing just the transmission devices or ground-based equipment to make use of data transmissions for orbital communications equipment.

Apple is bringing some big names on board; including Skybox Imaging alumni Michael Trela and John Fenwick, who are leading the team (Former Google Aerospace division heads), Aerospace Corporation executive Ashley Moore Williams, as well as key personnel from the wireless networking and content-delivery network industries.

The idea of a data network from space to devices was first put forward by Ubiquitilink (now Lynk), a company that’s focused on building a new kind of low Earth orbit communications satellite constellation that can communicate directly with phones.

There’s obviously a lo still shrouded in mystery here and understandably too, it’s even unsure if Apple will see the project through but the idea of phone-to-phone direct communication is an intriguing one and worth all the research and hype. Although, expert opinion is that such technology based on outlined implementation strategies cannot sufficiently replace the existing architecture if anything it’s a backup in case of network downtime and for low or no network coverage areas. No heavy-duty functions will be obtainable but calling and messaging will function normally albeit of lower quality and speed.