Apple is borrowing in the bond market

Since U.S. tax reform took effect early 2018, enabling Apple to repatriate hundreds of billions in overseas cash at a lower tax rate, Apple has not borrowed from the bond market. Since the reform, Apple had been able to fund its $175 billion dollars plan to return money to shareholders.

However, in a prospectus filed on Wednesday,  the company will be borrowing from the bond market for the first time since November 2017.

The firm plans to use the proceeds from the bonds for “general corporate purposes,” including share buybacks, payment of dividends, funding for working capital and acquisitions, as outlined in the prospectus.

According to Dow Jones, Apple is looking to raise between $4 billion and $5 billion. 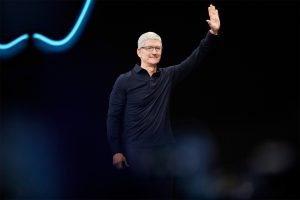 In July, the tech giant announced that the company had $210.6 billion in cash and marketable securities on hand which is down 26% from its first-quarter, 2018 peak of $285.1 billion. It also had $98.3 billion in total term debt as at the end of the June quarter, as stated in the prospectus.

Apple announced that it would increase its share buyback program by $75 billion in April and raised its quarterly dividend by 5%.

Apple has said it’s aiming for a net-cash-neutral position. The company is also investing in the United States, including a planned $1 billion campus in Austin, Texas.

Net Cash Neutral – A strategy that does not need net cash for a transaction. A market neutral and cash neutral strategy overvalues sold instruments and undervalues purchased instruments.

Davido speaks on expecting a child with his girlfriend (video)