Apple iPhone sales have been dropping recently. Fewer and fewer people are willing to chunk out a thousand dollars for a phone. Amidst the weakened economy in the EU and the US, Apple must find a way to gain market share in the emerging markets.

Apple is reportedly planning to launch a new low-cost iPhone in 2020 that will help the company offset declines in iPhone sales, according to Nikkei.

Apple has used this strategy before. The iPhone SE was introduced in 2016 and was priced at $399, hundreds of dollars cheaper than its other iPhones. That phone was nearly identical in design to the iPhone 4s which launched a couple of years earlier. Nikkei said it’s unclear what the more affordable iPhone will be called but that Apple will likely use the same 4.7-inch screen size as the iPhone 8.

The company still caters to a budget market, even if it no longer sells the iPhone SE, however.

At $499 the iPhone7 is Apple’s cheapest phone. The company is known for cheapening its phones as new models are released so the iPhone 8 might be falling to that price range when a new iPhone 11 debuts later this month. 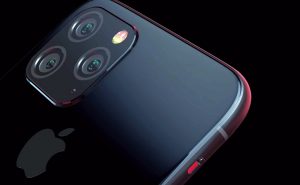 The company is expected to introduce two new flagship devices to replace the iPhone XS and iPhone XS Max, and a new version of the iPhone XR.

Digital technology will change face of agriculture in Africa—Osinbajo