For the first time since Buhari has pretended to be in power, scores of people in Buhari’s home state of Katsina have been protesting his blithe unconcern as hundreds of men, women, and children are senselessly murdered every week in the North.

People who had said Buhari was an irreproachable demi-god who could do no wrong suddenly see wisdom in protesting. People who once protested in SUPPORT of Buhari’s petrol price hike that smolders them and AGAINST people who opposed it are suddenly waking up to the realization Buhari has nothing but stone-cold disdain for them.
People who’d cursed and insulted us for calling out Buhari’s ineptitude and fraud have now become emergency social critics because the regime’s unrelieved incompetence now threatens their very existence.
Read Also: Lagos leads again as Nigeria records 587 new COVID-19 cases
I have no respect for people whose moral conscience is so feeble that they protest injustice and governmental ineptitude only when they’re personally affected, but their protests appear to be getting the attention of the government.
Premium Times reported today that Buhari has approved a “joint military and police operation specifically targeted at combing Niger, Kaduna, Katsina, Zamfara and Sokoto States to rid the areas of bandits.” 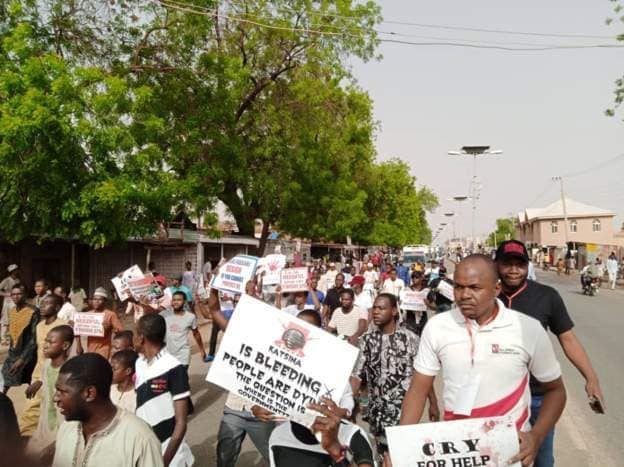 Americans say, “The squeaky wheel gets the grease.” In other words, if you don’t call attention to your problem, no one will know it exists much less help you solve it.
As African-American philosopher Fredrick Douglas famously said, “Power concedes nothing without a demand. It never did and it never will.”
To not demand action and accountability from a government, any government, is to give that government a blank check to be irresponsible. I wish I could say this is the beginning of the awakening of the northern masses. Sadly, I can’t. Docility appears to be specially wired in our DNAs.

ASUU strike: University education not for everybody – Umahi