A 2019 batch Corps member has died as a result of an asthmatic attack. The deceased, Magdaline Yodana, had joined thousands of other graduates to partake in the mandatory 3-week orientation exercise for corps members in Bauchi state.

According to reports, Yodan gave up the ghost on Monday, April 1, 2019, but the leadership of the Nigeria Youth Service Corps, (NYSC) is yet to release any official statement about the incident.

The 28-year-old lady is said to have come from the Kachia Local Government Area in Kaduna State and had been solely responsible for her education up to that point, as she was an orphan.

Reports also revealed that Yodana complained to an official in her camp, the Wailo orientation camp in Bauchi, that she was asthmatic, therefore she would not be able to partake in the activities that involved a high level of physical energy. 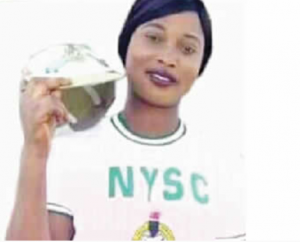 However, her comments were not heeded.

A corps member stated, “The official told her that corps members were fond of giving flimsy excuses in order to avoid parade.”

On the day after, Yodana went ahead to participate in the morning drill but she slummed along the line and had to be taken to the clinic for proper care.

She was subsequently transferred to the Abubakar Tafawa Balewa Teaching Hospital in the state when her situation became worse. In the end, she passed on.

To the dismay of other corps members, the NYSC state coordinator in Bauchi, Afolayan James, did not mention her passing during the passing out parade that was held on Tuesday.