Minister for Women affairs, Aisha Alhassan and former minister of aviation, Femi Fani-Kayode have engaged each other in a heated battle over a story that was credited to the Minister.

Femi Fani-Kayode had in a  series of tweets alleged that Alhassan would soon uncover some of the masterminds of the Chibok girls kidnap and lauded her bravery in the face of adversity.

The report Fani Kayode was reacting to stated that the minister had fingered Kaduna state governor, Nasir El-Rufai as one of the masterminds behind the Chibok girls abduction.

Alhassan had quickly released a statement in which she stated that the report was fake and an attempt to undermine her and in the process, she also called Fani Kayode a liar and peddler of false news in a series of tweets she later posted. 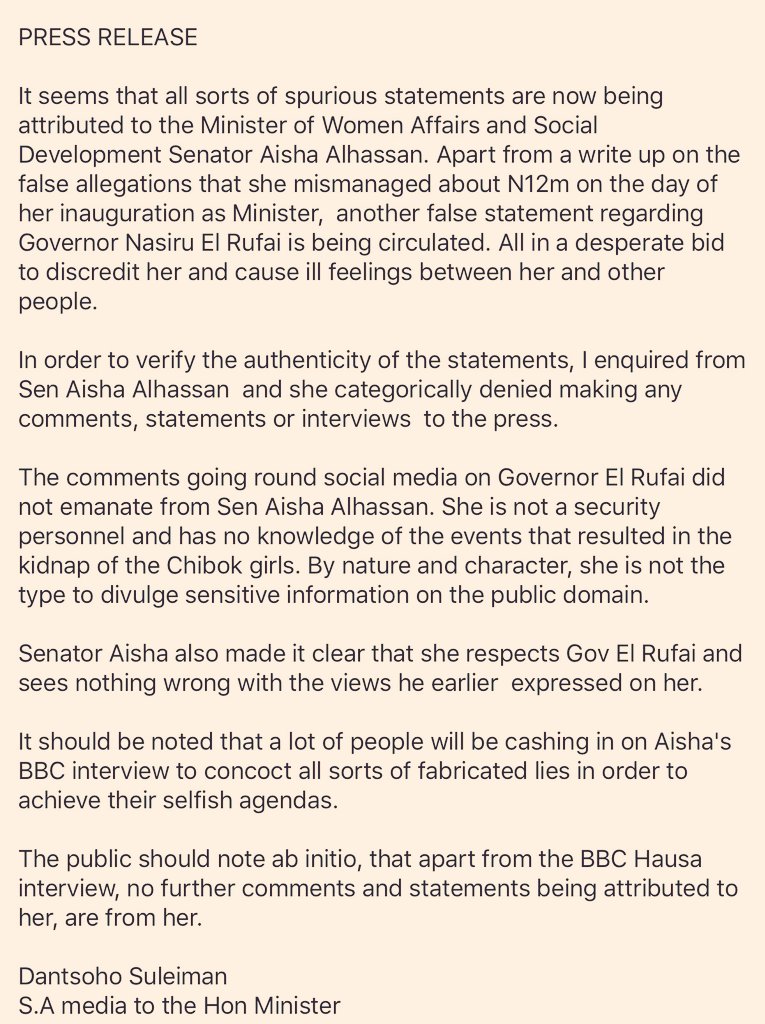 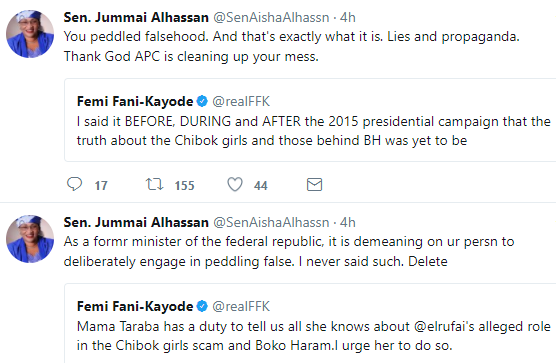 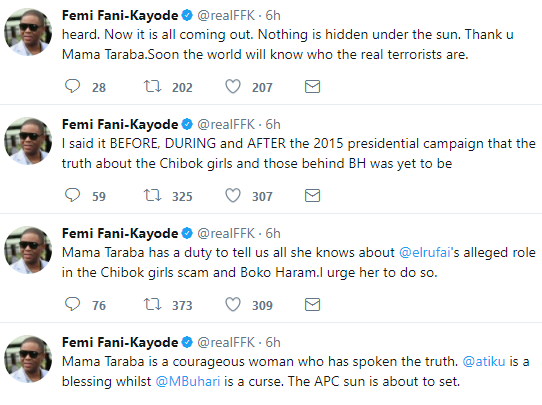 Fani Kayode was also swift to react to this stating that she should tell the truth and not try to serve two masters.

He said; “Mama Taraba should continue to stand on the platform of truth and not allow herself to be intimidated. I reacted to a story in which she allegedly exposed Nasir El Rufai.

It took her 24 hours to deny the story and I wonder why it took so long. If the story is not true she should blame the original source, medium and author of the allegation and not me.

I merely reacted to it like millions of other Nigerians did. She should clean up her stinking mess and not blame me for it.

I guess that it is also not true that her associates in the APC government have alleged that 12 million went missing under her watch as Minister and that she now supports Abubakar Atiku against her own boss.

She should stand firm and stop blowing hot and cold. You cannot serve God and the devil at the same time. I repeat she should clean up her stinking mess and understand that I am not a soft or easy target.

Whichever way the APC sun is still setting. My advice to her is to stop getting her pretty knickers in a twist, to tow the path of honor, to resign from this accursed Govt. and to leave the APC before they strip her stark naked and feed her to the dogs.

Global Market – Oil rises to $56, shares up in Asia on relief at N.Korea inaction