Borussia Dortmund, arguably Germany’s best supported club have made a new acquisition and no… it’s not a player.

The club became the first Club to own its own customised club jet painted in its colours.

The  Eurowings A320 airbus has been painted in the club’s unique black and yellow colours giving the players the ability to travel in style.

Aubameyang, who was the club’s highest goal scorer last season said on the latest purchase, ‘Wow! It’s simply fantastic. There’s probably no other club in Europe that has an aeroplane like that decked out in its own colours.’

‘We are impressed by the design of the BVB plane.

‘This team airbus will be an outstanding advertisement for Borussia Dortmund, not only on journeys within Germany’s borders but hopefully also on many Champions League  trips.’ 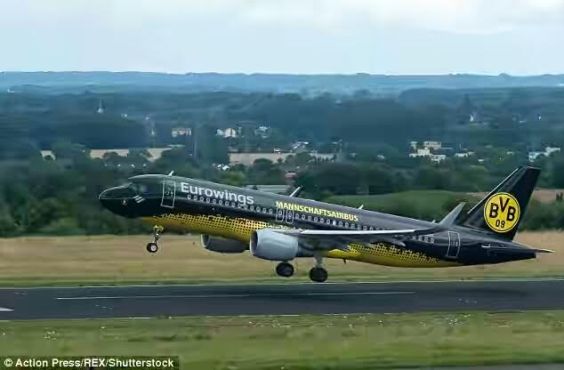 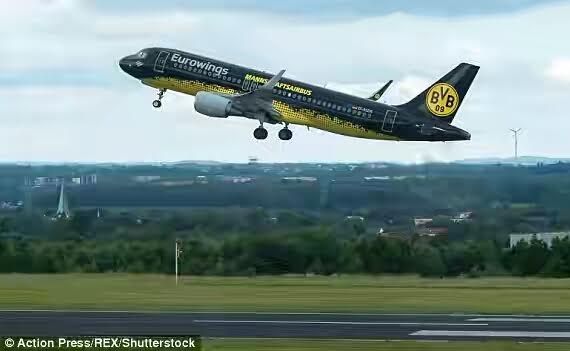