Dalila Jakupovic says she was “really scared” she would collapse as she withdrew from her Australian Open qualification match due to the poor air quality which is as a result of the ongoing bushfire in the country.

The Slovenian was helped off the court ending the match 6-5 5-6 against Swiss Stefanie Vogele in Melbourne.

“It was really bad. I never experienced something like this,” Jakupovic said.

“I was really scared I would collapse because I couldn’t walk any more.”

The qualifying matches were delayed by one hour.

Asked about the decision to continue with the matches she said;

“I think it was not fair because it’s not healthy for us.

“I was surprised. I thought we would not be playing today but we really don’t have much choice.”

Melbourne residents were advised to stay indoors and keep pets indoors too.

Why do we need to wait for something bad to happen to do an action 🤷🏼‍♀️🥵 #Melbourne pic.twitter.com/bYpXyQAfKe

Jakupovic added: “I’m angry and sad. I’m more sad because I had the win [in my grasp] and I just couldn’t finish it.

“I don’t have asthma even and I don’t have breathing problems from the heat. I was scared.”

“Further decisions will be made based on onsite data, and in close consultation with our medical team, the Bureau of Meteorology and scientists from EPA Victoria.

“As always the health and safety of our players, our staff and our fans is our priority.”

Canadian Eugenie Bouchard had to go off the court for a medical timeout before returning to beat You Xiaodi 4-6 7-6 6-1.

Maria Sharapova’s exhibition match had to be stopped. The Russian was losing to Germany’s Laura Siegemund 7-6 5-5 when the match was ended.

“I started feeling a cough coming toward the end of the second set but I’ve been sick for a few weeks so I thought that had something to do with it,” Sharapova told broadcasters after the match.

“But then I heard Laura speak to the umpire and she said she was struggling with it as well.

“We were out there for over two hours, so from a health standpoint it’s the right call from officials.” 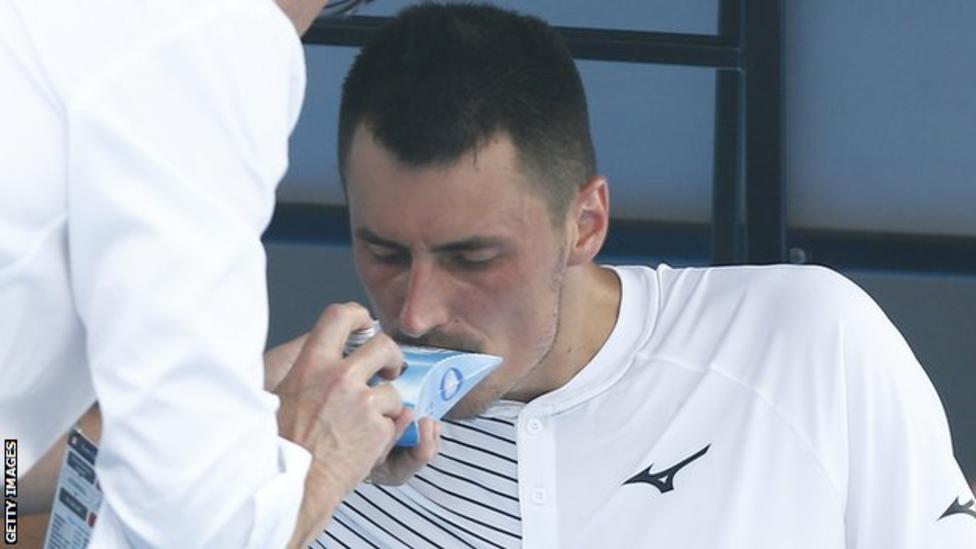 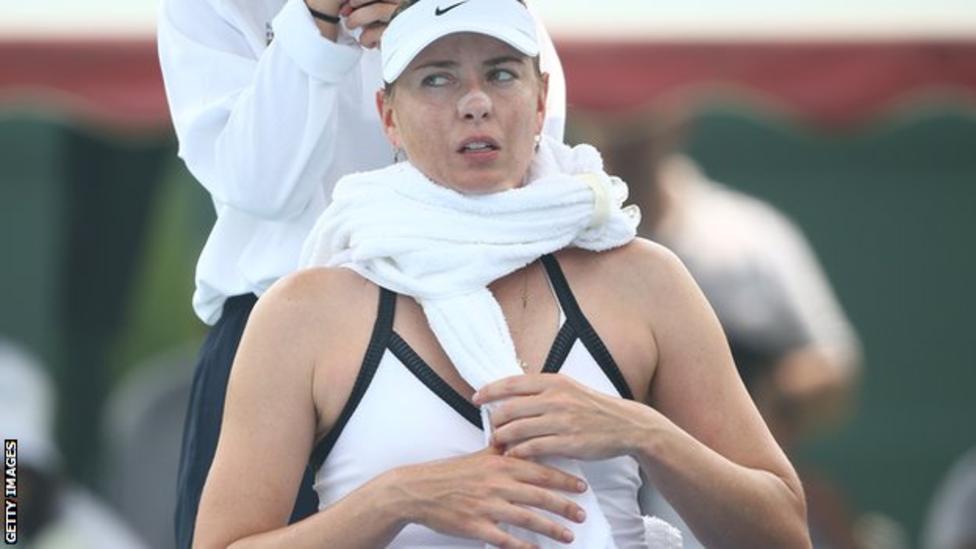 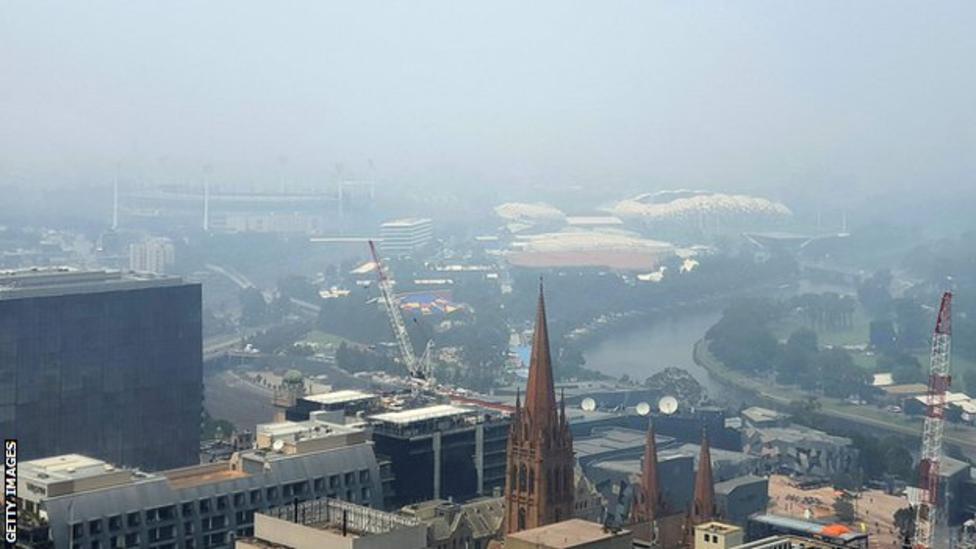 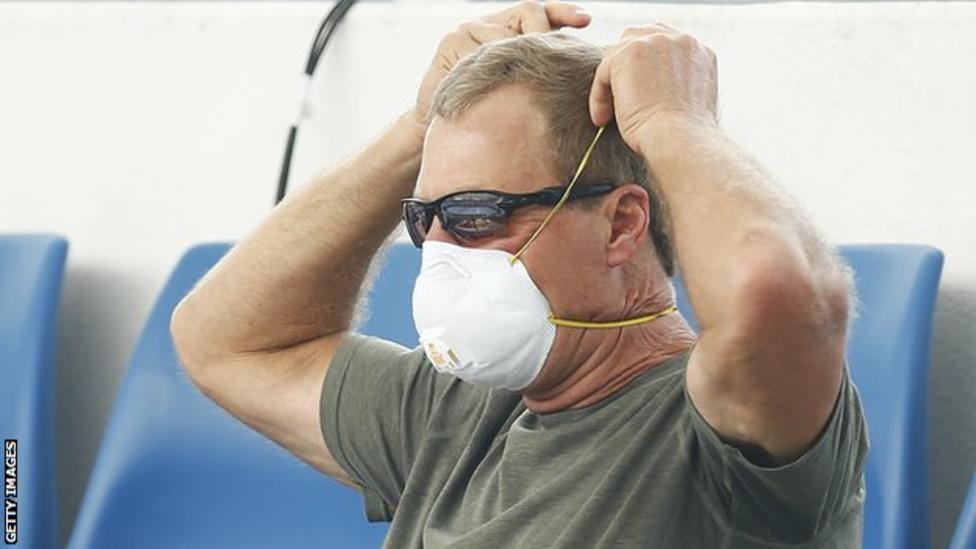 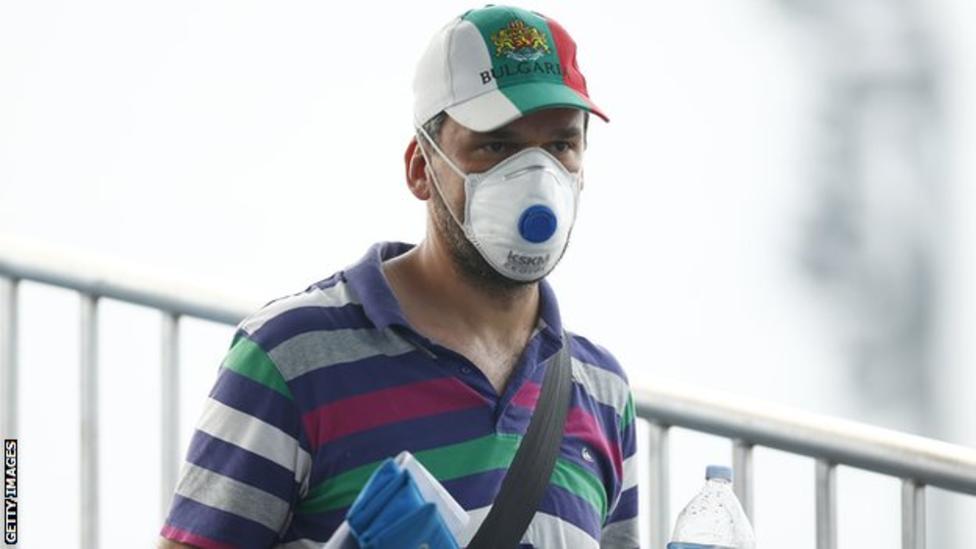 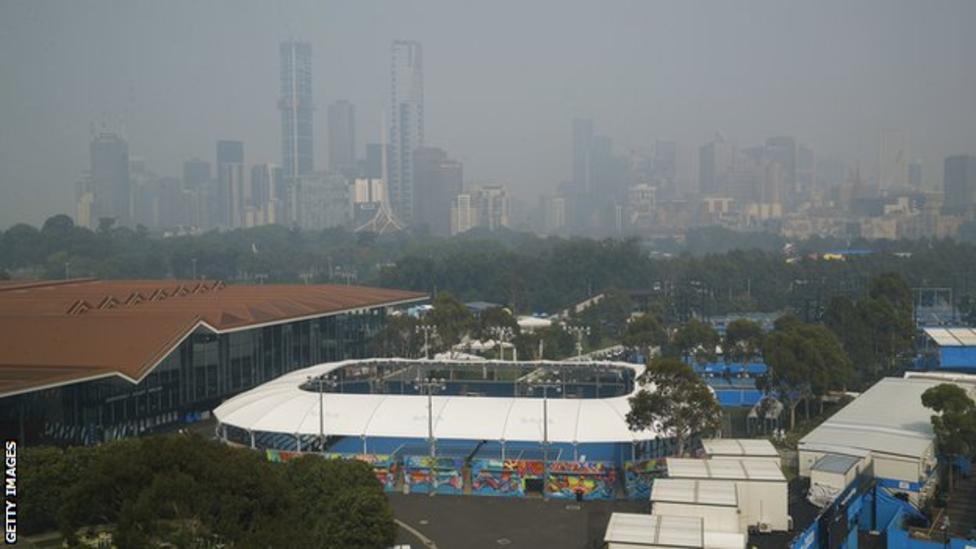