It would interest you to know that billions of people all over the world have been won over by the contagious melodies of the “do do do do do do” song.

The song is said to have had a total of 7.04 billion views as of Monday, November 2nd.

BBC News reported that the parent company, Pinkfong, stands to have made about $5.2m (£4m) from YouTube streams alone.

Adding that the song is quite of age,  BBC noted that it took four years for Baby Shark to ascend to the top of YouTube’s most-played chart.

Baby shark is believed to have originated in US summer camps in the 1970s.

A theory suggests that it was invented in 1975, as Steven Spielberg’s Jaws became a box office smash around the world.

Interestingly, Baby shark also won its way into the global music charts, securing the number 32 spot on US Billboard Hot 100 in January 2019 and a No 6 spot in the UK singles chart. 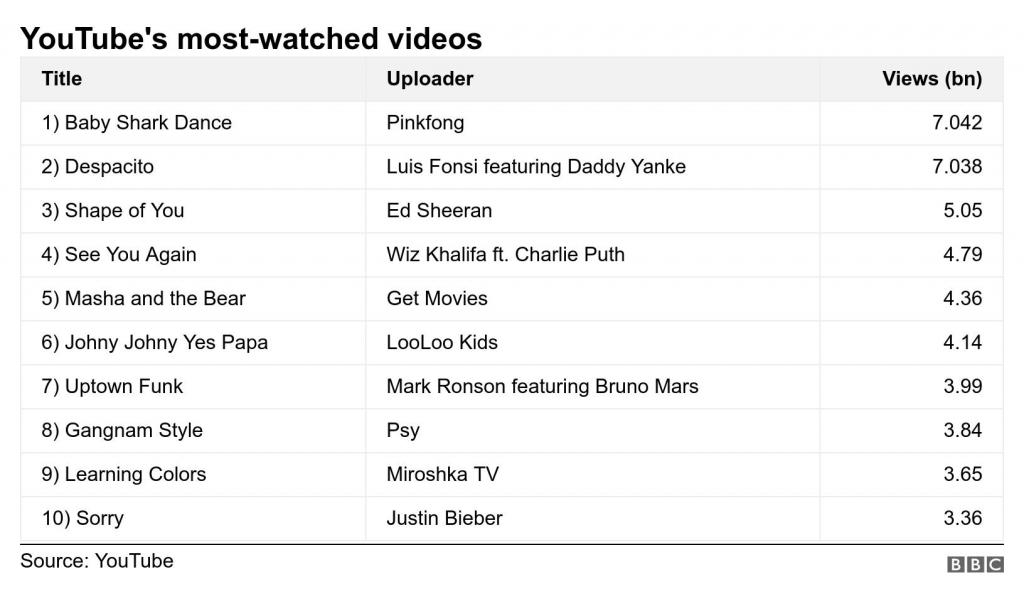