A resident, Silas Gambo, has been reported killed when bandits stormed Gbagi villa, a community on the outskirts of Kaduna city on Monday night.

It was also learnt that the victim’s wife and children were kidnapped and whisked to an undisclosed location by the assailants.

Human rights activist and senator for Kaduna Central in the 8th Senate, Shehu Sani confirmed the news in a tweet on Wednesday.

He recounted that the victim’s father was also killed during the ‘Miss World riot‘ in Kaduna in 2002.

Sharing a photo of the victim, Sani wrote: “SILAS GAMBO; His father was killed during the “Miss World riot” over a decade ago. He was killed by Bandits in Gbagi villa community in Kaduna city on Monday night, and they abducted his wife and children. A story of tragedy. Rest in Peace.” 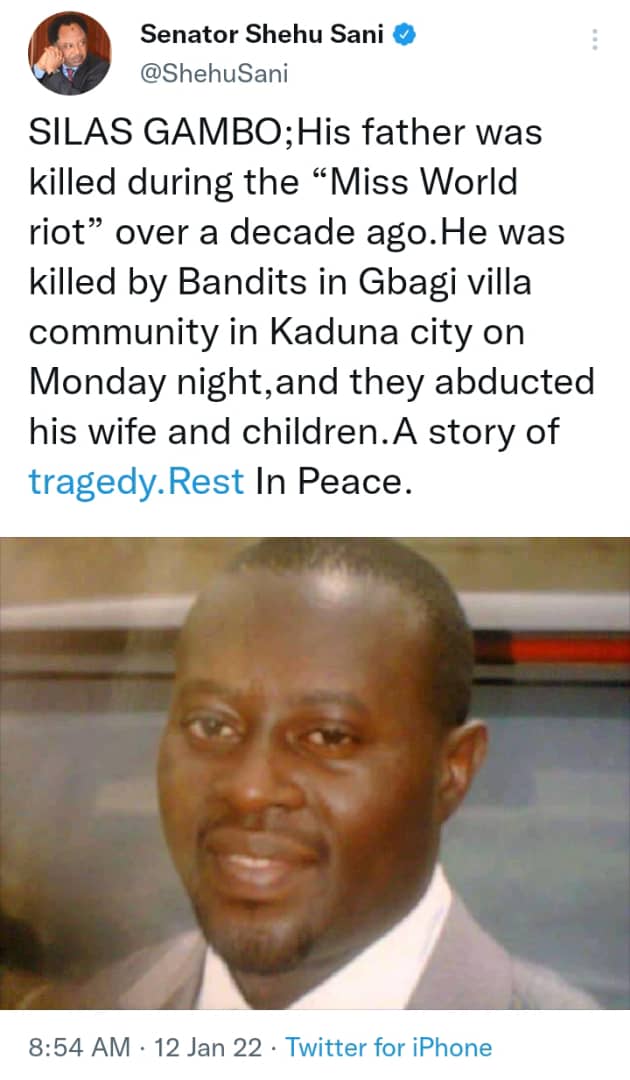