The Baddest concert was a first on many fronts. EME frontrunner, Banky W recounted a kidnap and armed robbery experience he faced in 2009, reliving the moment in front of thousands of fans.

The revelation occured at the Oceanview whilst Chobams, one of Africa’s legendary living music producers was acquainting himself with the keyboard equipment in order to play the chords for Banky W’s hit record, ‘Strong Thing’.

Banky said, “In 2009, January 1st to be precise, I was kidnapped by armed robbers.  They drove me around for an hour. They beat me. They bloodied me. You didn’t hear about it cos we don’t talk about those kinds of things. But shout out to my manager, Segun Demuren. Because I was shell shocked. I was going through a lot of things.

“He [Segun] was like listen. You need to channel this energy. You need to go to the studio. What’s Chobams doing? And the first thing we did for the first couple of days was just vibed. And after a few days, he just said sing for me and started playing these chords. And they were the best r & b chords I’d ever heard in my life. And those chords became ‘Strong Thing’.” 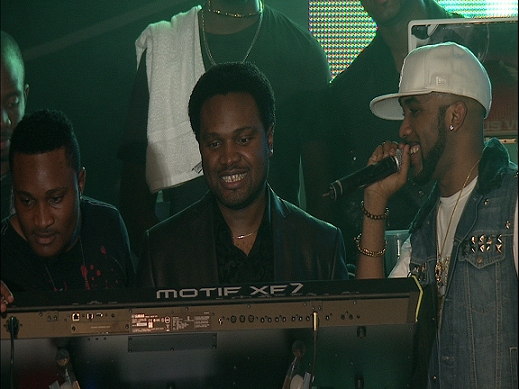 ‘Robin Van Persie Could Have Been Killed’ – Sir Alex Ferguson