The Federal Government has announced it would steer clear off veteran boxer Bash Ali’s Guinness World Record boxing fight. The government further explained that the proposed bout falls under the purview of the Nigerian Boxing Board of Control.

In a recently released statement, the ministry said the government distanced itself from the fight via series of documents and correspondence exchanged with veteran boxer Bash Ali.

The ministry also disclosed that it has also informed the boxer through his lawyers, B.O. Nafagha & Co., to refrain from acts that interfered with the activities of the Ministry of Youth and Sports Development, adding that the pugilist had been pressuring officials to endorse the fight. 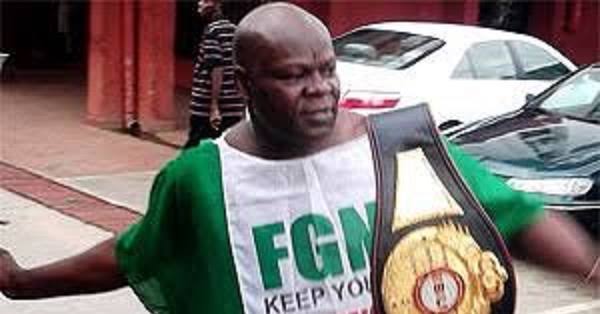 A written letter directed to Bash Ali’s lawyers and signed by Gabriel Aduda, the sports ministry’s Permanent Secretary, stated, “The ministry under the directive of Mr. President in a letter, dated 10th March, 2020 made it clear that it is not the proper platform for your client to realize his pet project.”