Bayern Leverkusen have mocked Arsenal’s Petr Cech during the Gunners’ 2-0 defeat to Manchester City on Sunday.

Many Arsenal fans gave the new coach the stick for starting Cech ahead of Leno, citing the terrible shift the former put in during the match.

And, after the goalkeeper nearly put the ball into his own net while trying to pass out from the back, Leverkusen mocked the north London side on social media.

An Arsenal fan by the name of @ArsenalTerje posted a clip of Cech nearly putting the ball into his own net.

The Gunners want to play out the ball under Emery.

And Leverkusen then tweeted: “We might know a guy…”

They, then posted another tweet showing Leno starting of a slick team goal that was ultimately finished by Julian Brandt.

“In case you all were wondering how to play out of the back..” 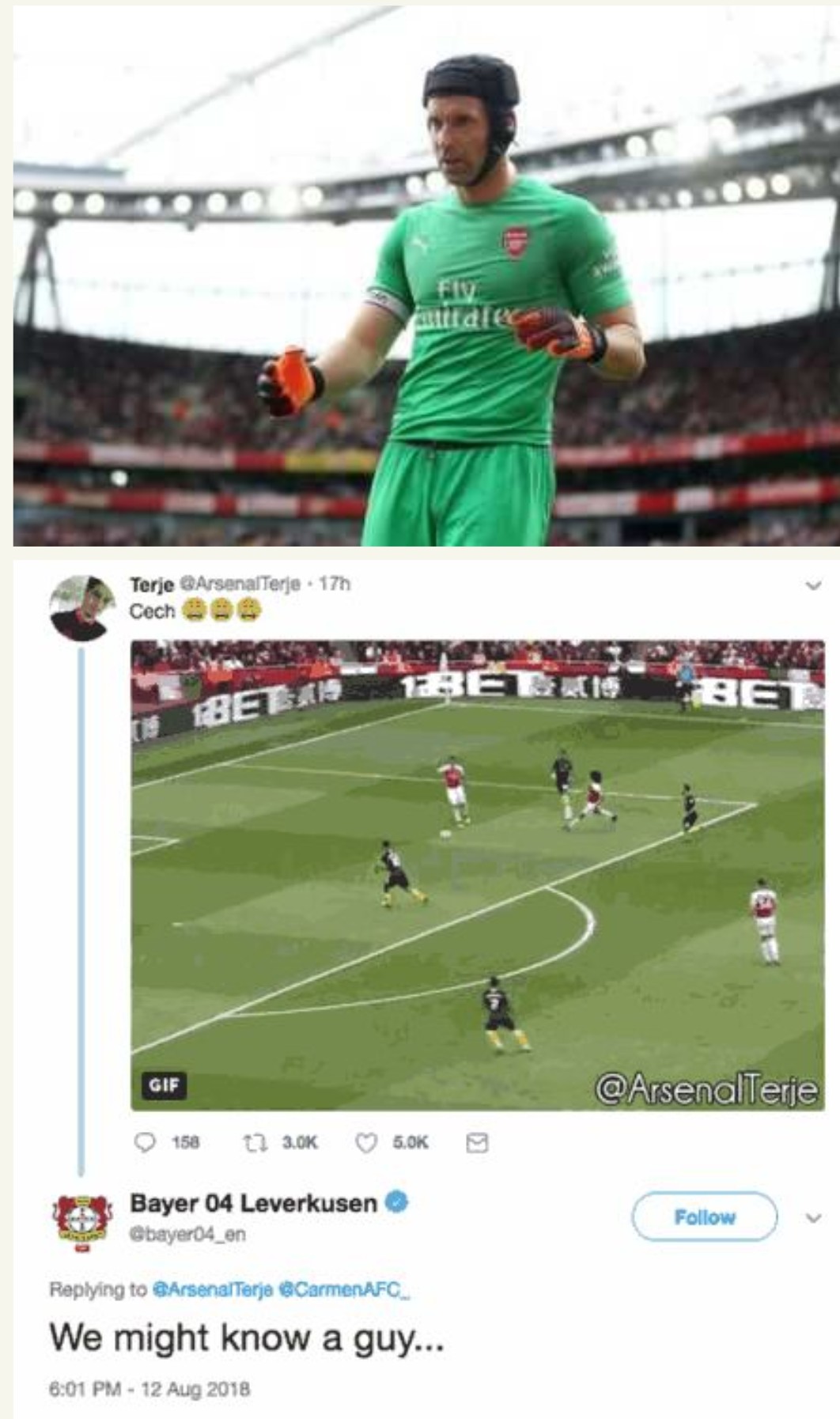