An unidentified BBC news employee has stirred a lot of conversation after he was caught on live TV watching a sex scene while the news was being broadcast.

This happened while a BBC News at Ten anchor, Sophie Raworth, was LIVE on air. The movie which was said to be an action flick featured a woman taking off her bra and exposing her bare bosom. It wasn’t immediately visible, but eagle-eyed viewers saw it and it did not go down well. 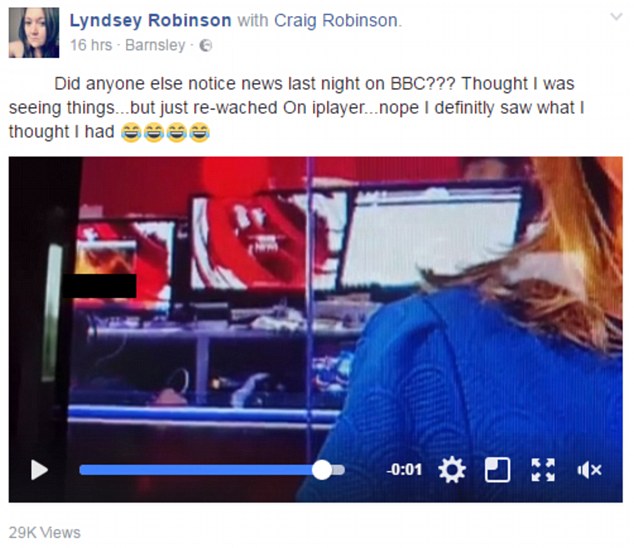 A television source said: ‘This has gone down like a lead balloon at the BBC. It is totally unprofessional.”

About 3.8million viewers watched the show and a lot of people had a lot to say about it.

‘It beggars belief a sex scene should be played live on air. The employee is on borrowed time when bosses catch up with him.’

The BBC are yet to have made a statement on the issue but they are said to be investigating it.

I laughed when God called me to be president – Kanye West