Omashola, one of the Contestants on the famous Big Brother Naija show; Pepperdemgang, has won the heart of singing sensation David Adeleke, who is popularly known as Davido.

The superstar had on Friday, in a tweet, stated three of the housemates who were  in the game were close friends of his and they were Kim Oprah, Tacha and Omashola.

But Kim Oprah had been evicted, while Tacha was disqualified due to her ill mannered behaviors, Davido said he had no other option than to support the last standing housemate, Omashola, who is part of the finalist.

He pleaded with his fans to vote for Omashola. 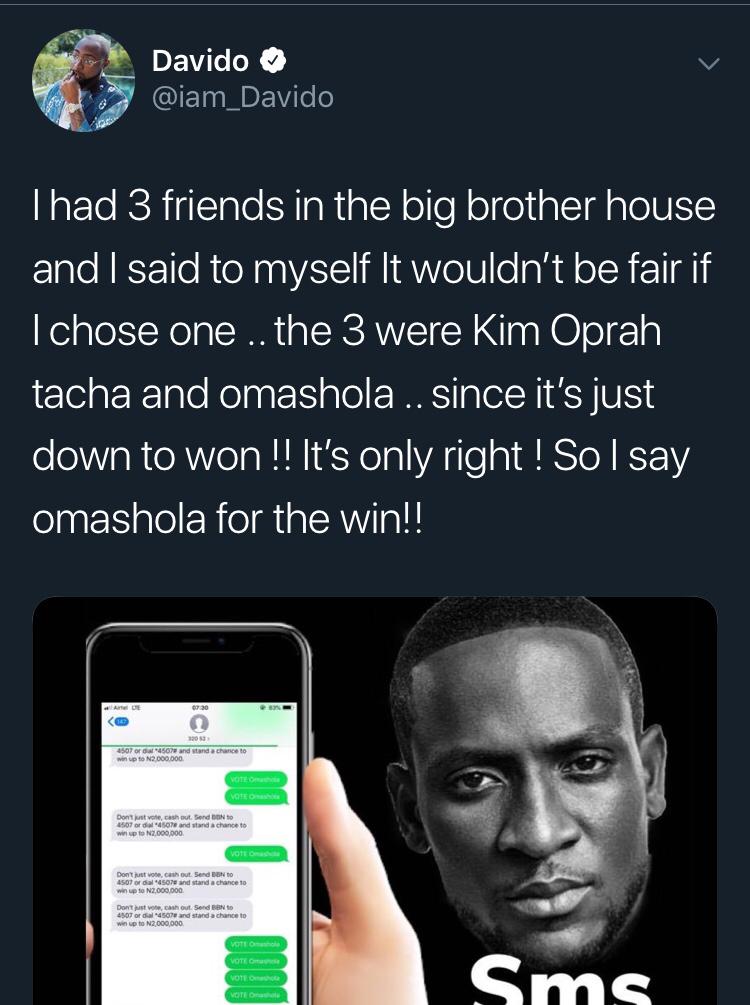