The family of evicted Big Brother Naija housemate, Kemen Ekerette, has come out to deny reports that they planned to sue the organizers of the show over his controversial exit.

Kemen had been disqualified from the show on Sunday after being accused of groping fellow Housemate Tboss while she slept.

The incident and his exit split fans with some, including the Speaker of the Akwa Ibom House of Assembly expressing support for him and reports emerging on Monday that his family planned to take legal action against the organizers.

In a post on behalf of the family, he wrote, “Our attention has been drawn to various publications and news items circulating in the media, that we the family of Kemen intend to take legal action against the organizers of Big Brother Naija 2017 about the way and manner that our son Kemen was disqualified from the reality TV show.

“We want to state it clearly that the family of Kemen have not met with, or spoken to anyone regarding this issue.

“While we are yet to hear Kemen’s side of the story, we urge everyone to please disregard this false rumor that is becoming a campaign of calumny to continue to cast Kemen as savage in the eye of the public.

“While we regret his unceremonious exit from the Big Brother House, we would like members of the press, bloggers and indeed the public to give Kemen and his family the privacy we deserve at this trying moment. Thank you for your love and support.” 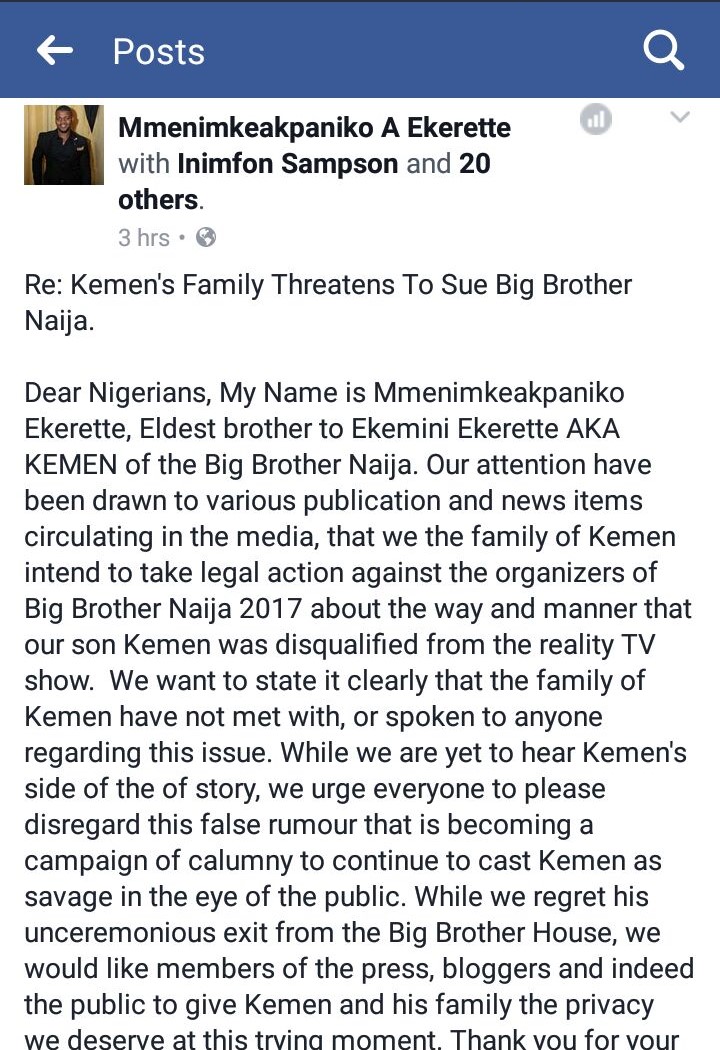 VIDEO: With my money, I buy a man, put him at home, control him – Nkechi…