BBNaija Management Team holds Tacha against her will despite disqualifying her

The Management team of Big Brother Naija reality game show is allegedly holding Tacha against her will , even after disqualifying her.

Tacha also known as SymplyTacha was disqualified from the Big Brother Naija Season four,  Pepper Dem edition on Friday, 27th September,  2019, after she got physical with another housemate, Mercy. Tacha got penalised for her actions which led to her disqualification.

According to reports, Tacha who ought to be out and about since she is no longer a housemate, is currently being held against her will. She is allegedly not allowed to step out of her hotel room. This could be as a result of Tacha’s refusal to grant an  interview to the BBNaija media team.

Tacha feels BBNaija organizers used and dumped her. “Let me go home. You have disqualified me. I can’t be used to get more audience or money for you” Those were allegedly Tacha’s words as she refused the interview with the show’s media crew.

Popular sex Therapist Jaruma empire,  who is a big Tacha fan and who has also promised her N50 million has called out BBNaija organizers on her Instagram page, demanding the release of the self-acclaimed Port-Harcourt first Daughter.

Other Nigerians took to the streets of Twitter, to demand the release of Tacha. The hashtag #ReleaseTacha has become the number 1 Nigeria trend on Twitter.

Read some of the tweets below; 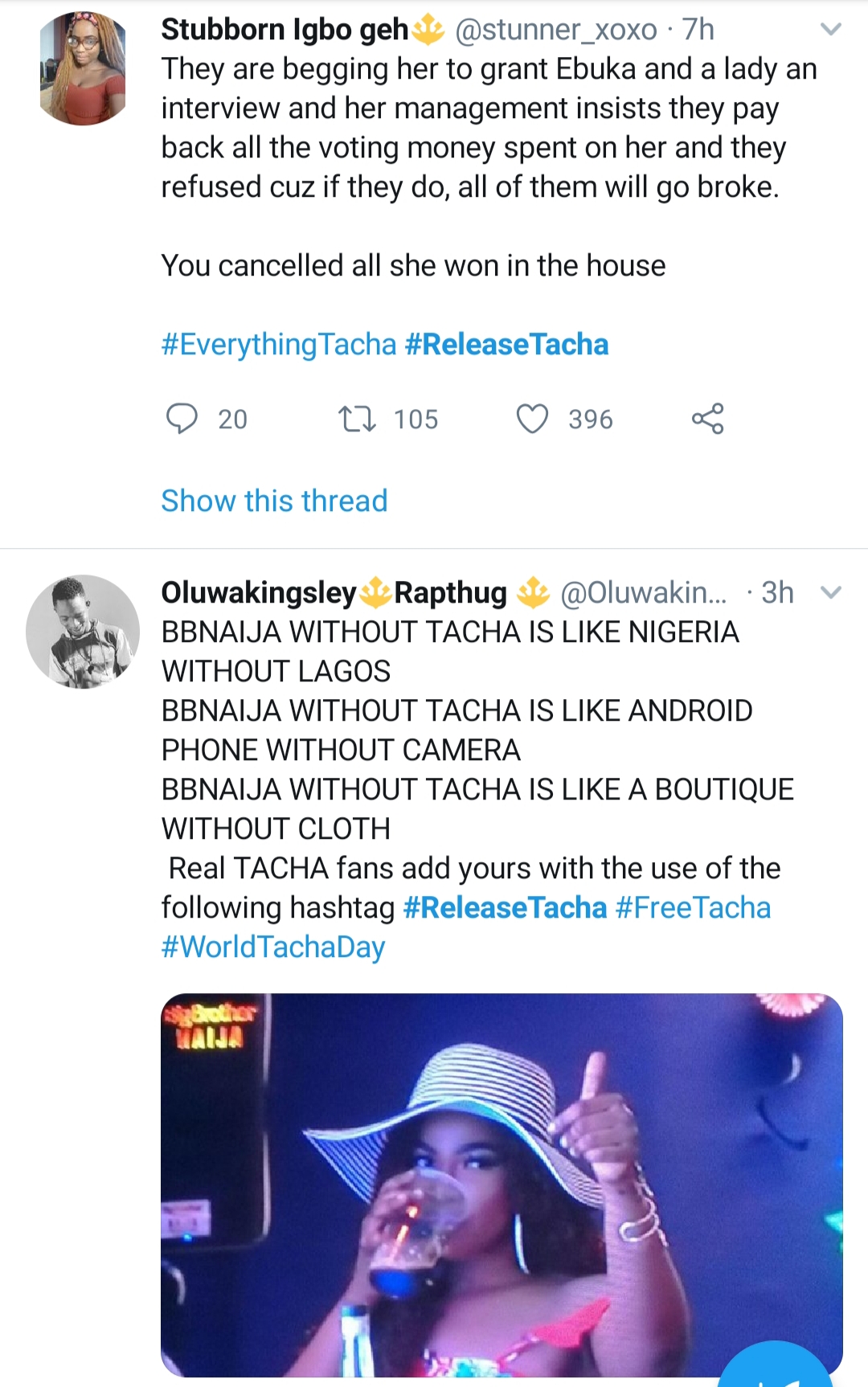 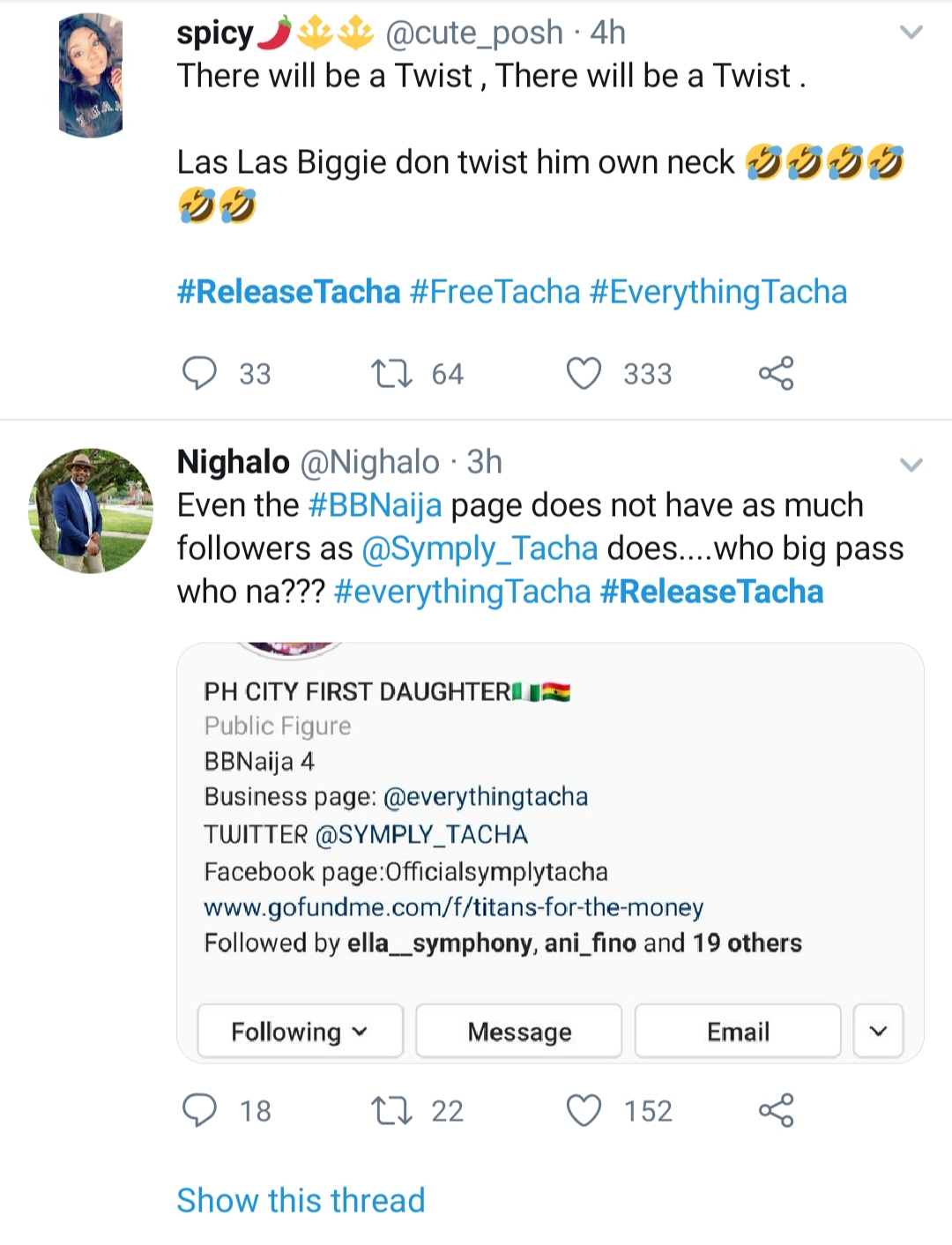 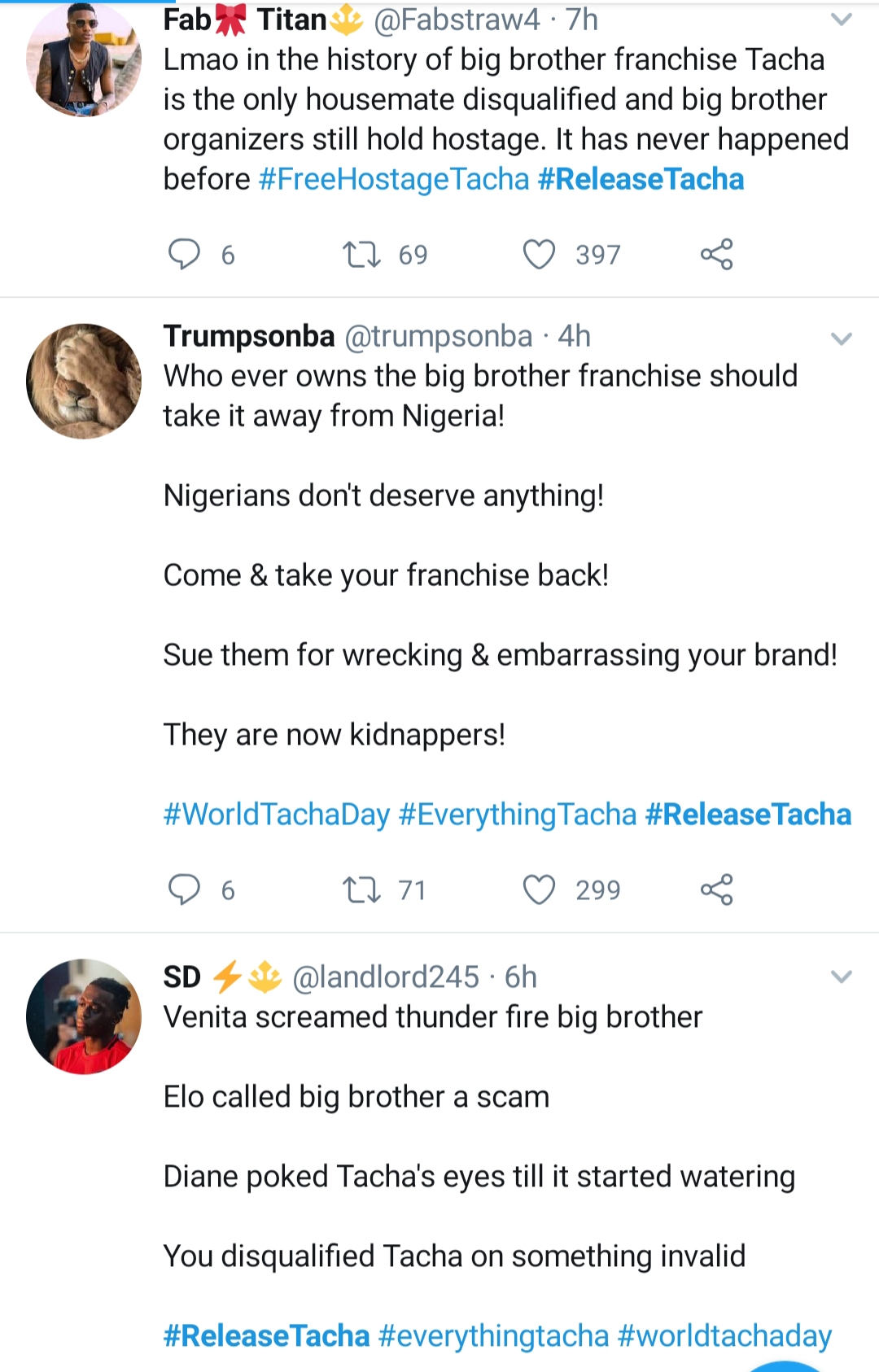 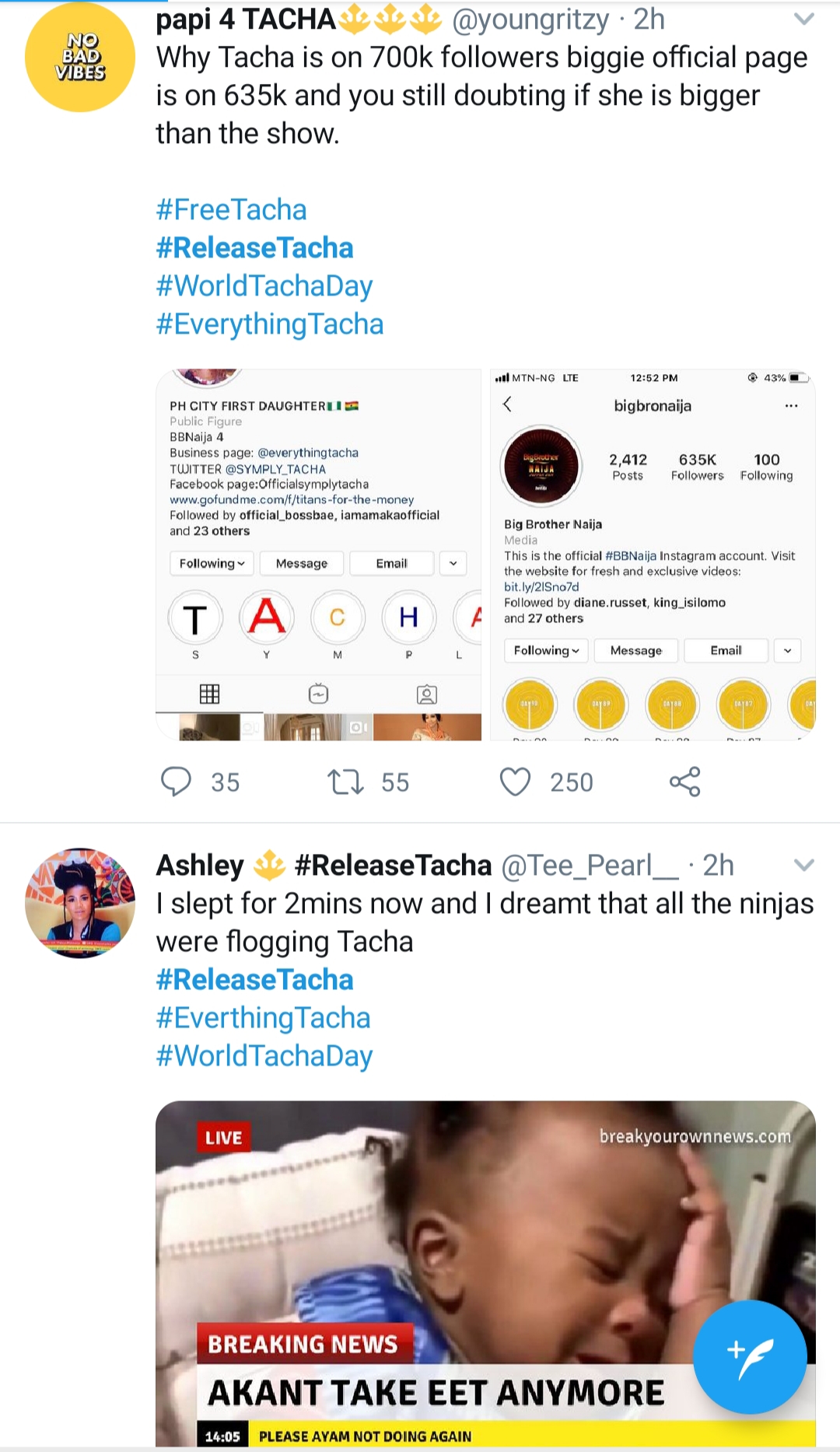 I am not mandated to transfer power to Osinbajo says Buhari