This comes just few hours after the reality star won Emerging artiste of the Year award. 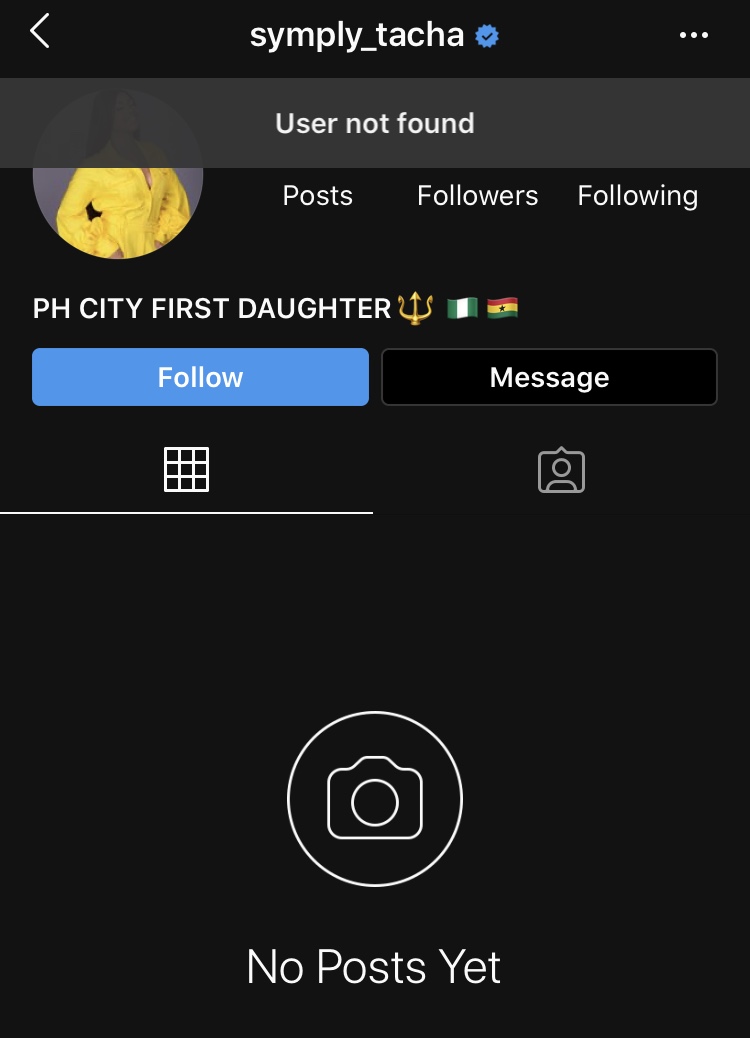 The reality star posted some adorable pictures yesterday, and also announced her new endorsement deal with Getfitng via her IG page, so her reason for deactivating the account remains a mystery, till further investigations are made.

Anita Natacha Akide who is popularly known as “Tacha” or “Symply Tacha” is a Nigerian Instagram star, makeup artist, vlogger, businesswoman and one of the most talked-about BBNaija housemates on the Nigerian internet space. She was born in 1995 in the Niger Delta region of Nigeria.

She was disqualified on the 89 days of the show after fighting with fellow housemate Mercy in the 2019 Big Brother Naija TV Reality Show tagged Pepper Dem Gang.

Although the reason for the account deactivation is still not known as there were no signs or reasons for the deactivation.  But some people believe that the reality star may just want to take a break.

It has struck a concern with with her fans as they are worried about the reality star.

Eric, Tochi Are Second Set Of Housemates Evicted From BBNaija