After Big Brother announced Tacha’s disqualification, Mercy’s fans got really excited while fans of the Port-Harcourt first Daughter were really sad. But do they really understand what the Disqualification entails?

According to internet users, Disqualification on the BBNaija reality game show means the housemate never existed on the show. It is as though s/he was never there.

A popular Radio Personality, @deejayfaremi on Twitter said “So I hear the disqualification means Tacha forfeits all her “winnings” and won’t get any source of promotion from the show organisers…true

“Not sure about the winnings but definitely no promotions, just like it in the case of Kemen and TBoss”

@sharpbahdguy responded also saying “she can’t benefit from ever. They won’t invite her for reunion or the likes. It’s a disgraceful way to exit” 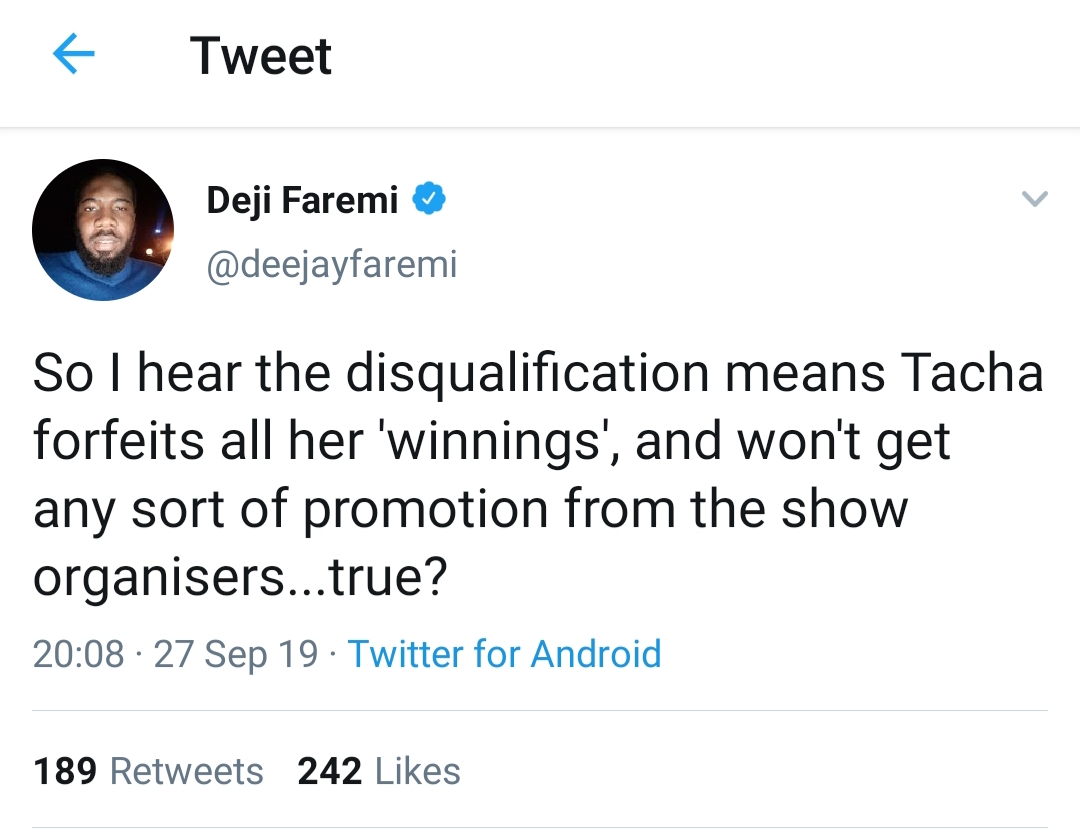 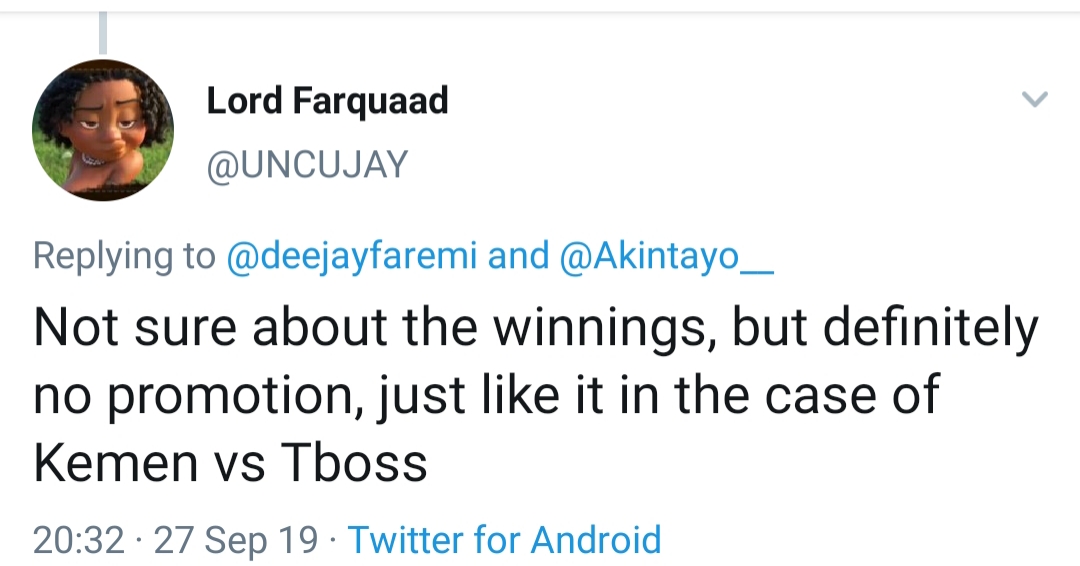