BBNaija: “We Are Not Mates”- Thelma Shades Tacha

Big brother reality star, Thelma has clapped back at her co-star, Tacha by bragging about her success.

Days ago, Tacha took to Twitter to reveal that her power banks sold out in 2 hours. After her revelation, “Tacha Sold Out” trended on Twitter. 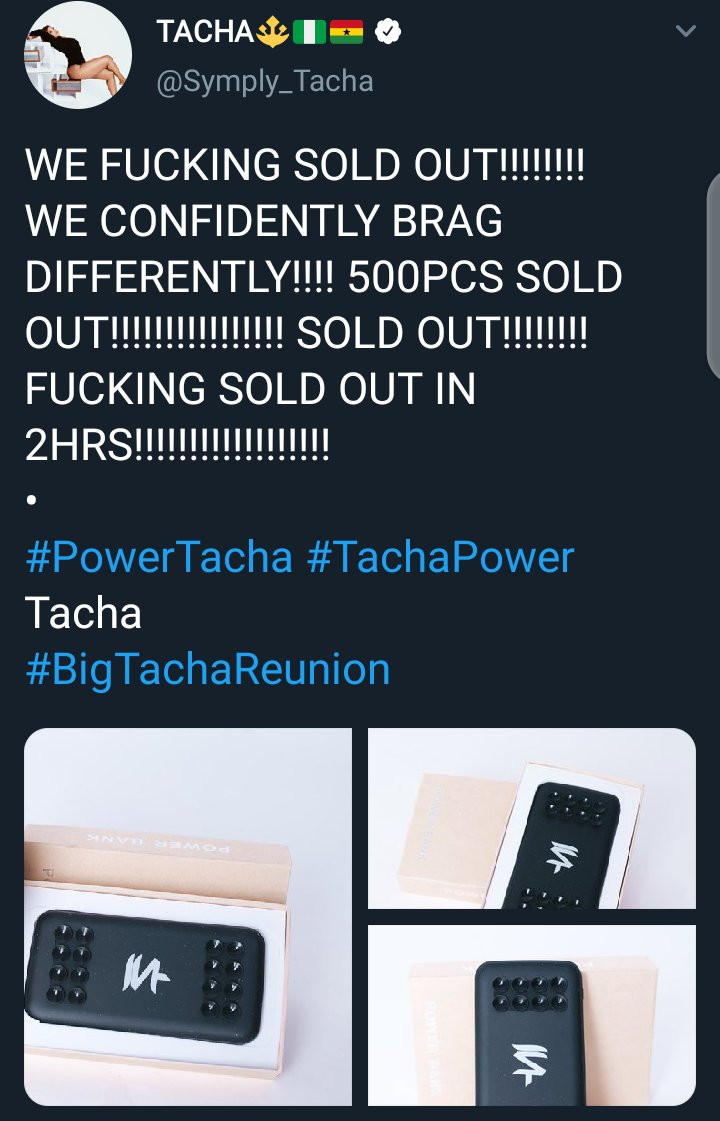 This is coming after Thelma posted a N2.7Million receipt on Twitter, telling people who don’t transfer that much in a day to stop trolling her as they are not mates. 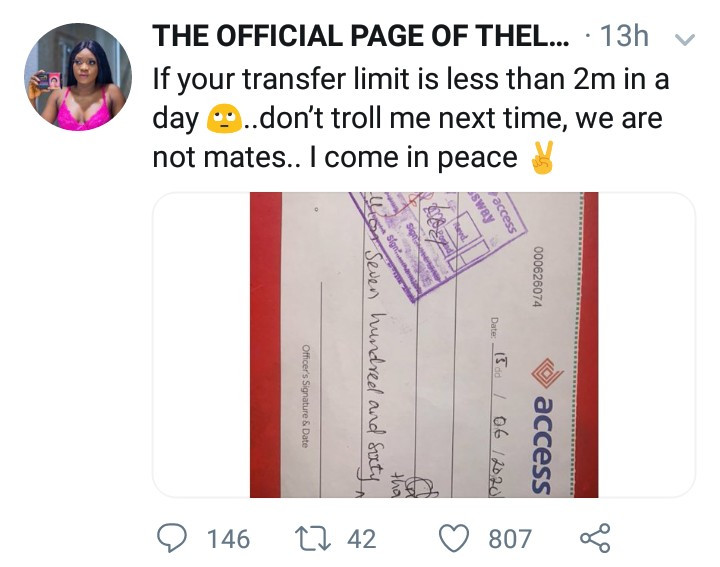 In a follow-up tweet, she added: “They came 2 my dm asking why I don’t shout “audio” SOLD-OUT on my IG business page @lathelma_ The thing is, as a true 9ja woman who knows her way in business, I worry more about RE-STOCKING my inventories than shouting SOLDOUT. I am not a one-timer..and I show you receipt too.”

Although Thelma did not specifically call Tacha’s name, fans have assumed that Thelma is throwing shade at her co-star.