Big Brother Africa (BBA) 2014 housemate, Tayo Faniran has doubled down on his assertion that he did not get any $350,000 gift from Delta State-born billionaire, Ayiri Emami as widely believed.

He stated this in a trendy video following the controversy generated by an initial post on the matter. 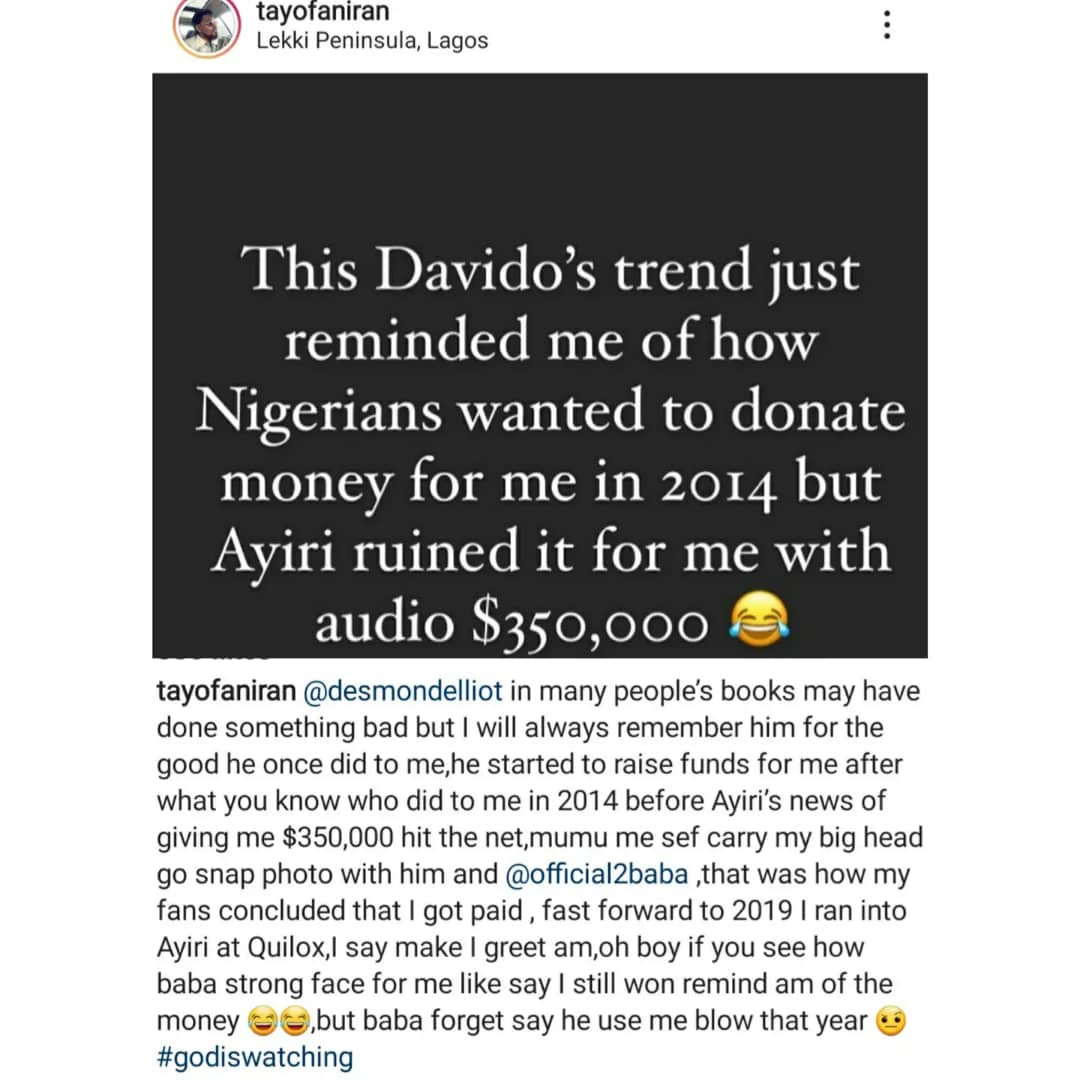 In the trending video, Faniran said that he had no ill feelings for posting the comment but was propelled by a need to set the record straight as many people had been misled into thinking he got the money.

He said his follow-up video was in response to attacks by two of Ayiri’s associates he identified Moses and Noel, one of whom he said called him “lazy”.

Court dismisses suit against Malami, others over appointment of consultant to monitor Abacha loot