Kanye West has continued to rant on social media even as his fans continue to worry about his mental health status.

Kanye West who launched his campaign for the White House on Sunday has made several startling personal revelations regarding himself and his wife Kim Kardashian.

Ye, tweeted on Tuesday that he was hiding in a secure bunker in his home and he was scared of his wife Kim Kardashian.

On Wednesday morning, Kanye West further revealed that Kim Kardashian tried to fly in two doctors to commit him to a 51/50.

A 51/50 – refers to the California law code for the temporary, involuntary psychiatric commitment of individuals who present a danger to themselves or others due to signs of mental illness. It has been more generally applied to people who are considered threateningly unstable or “crazy.”

He thereafter revealed that he has been trying to get a divorce from Kim Kardashian since she met with Rapper, Meek Mill at the Waldorf for prison reform.

He thereafter referred to Kris Jenner, his mother in-law as “Kris Jong-Un” and said lil baby is his favourite rapper who has refused to do a song with him. 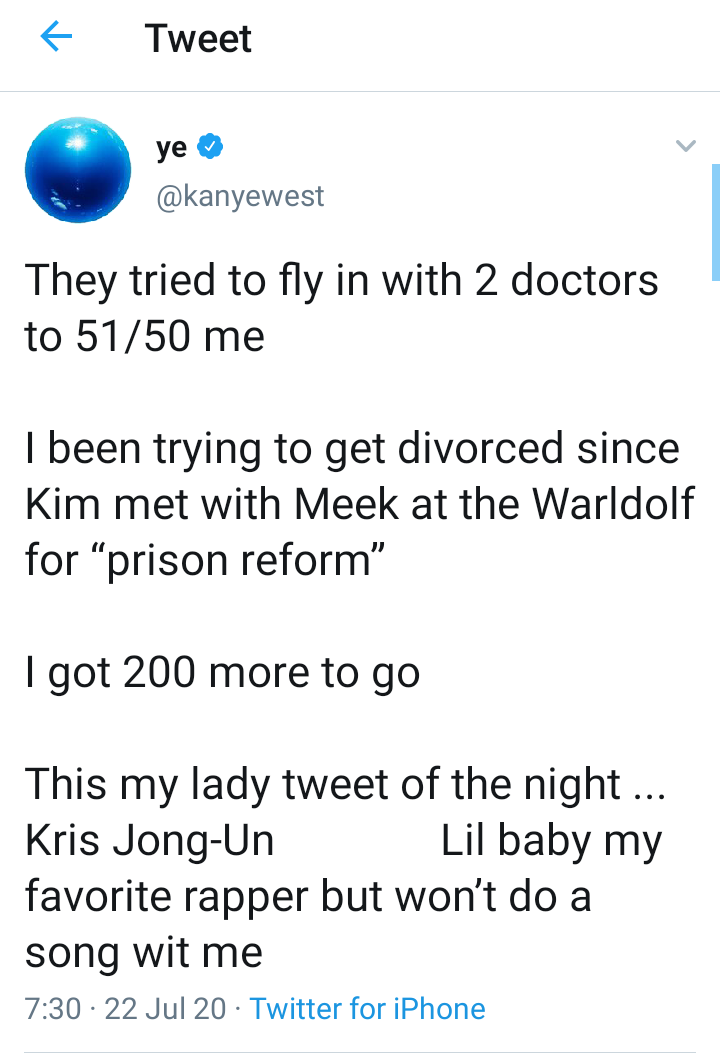 While many fans are worried about Kanye’s mental health, some are speculating that this is just regular Ye, seeking attention as he intends to drop a new album on Friday titled, ‘DONDA: With Child.’

DONDA: WITH CHILD new album and movie this Friday pic.twitter.com/eHX1vGm5C2 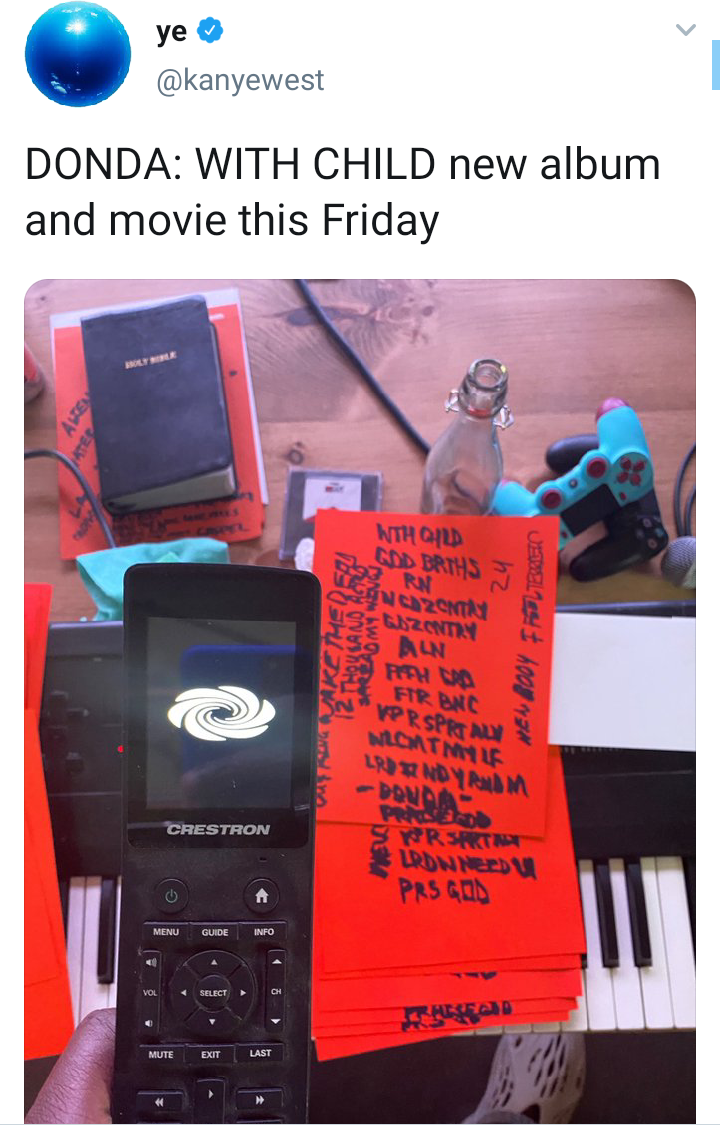 Students declared fatwa, killed my son in mosque where Pantami was Imam – Prof